AirAsia Philippines joins leaders of the government and industry partners in witnessing the inspection and dry run of the world-class passenger terminal building of the Clark International Airport (CRK) on Saturday, 17 July 2021. 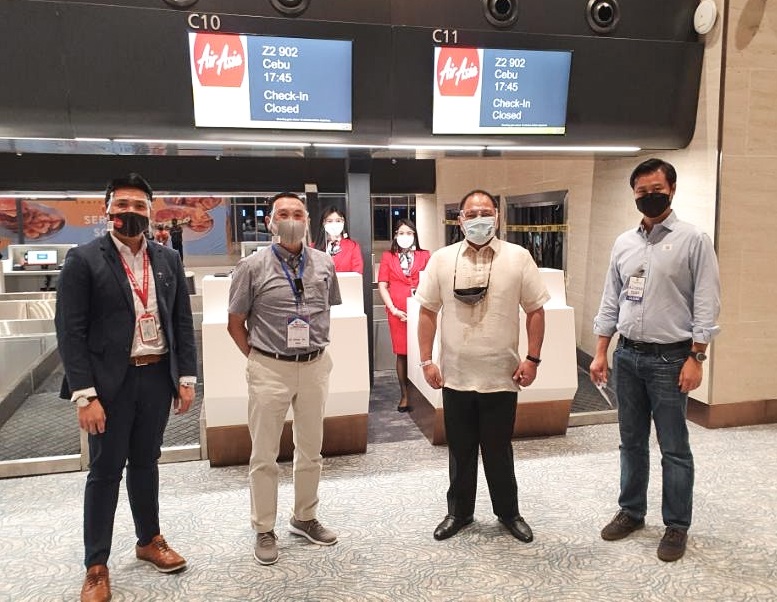 President Rodrigo Roa-Duterte experienced first hand the state of the art features of CRK’s passenger Terminal 2 as it boasts end-to-end contactless experience from the bus ride, check-in, bag drop and even when ordering meals.

Dubbed as Asia’s next premier gateway for North and Central Luzon, the new terminal is expected to decongest passenger traffic at the Ninoy Aquino International Airport (NAIA) with its annual 8 million passenger capacity.

AirAsia Philippines CEO Ricky Isla said, “AirAsia is one with the Filipino people in celebrating this milestone in infrastructure development. This will definitely boost our initiatives for a stronger rebound post pandemic.”

“Once travel restrictions ease and demand picks up soon, we are eyeing to strategically restore AirAsia’s Clark hub hopefully by Q4 of 2021.”

AirAsia began its Philippines operations in Clark in March 2012, making it one of the carriers actively boosting connectivity, mobility in various local economies in North and Central Luzon.

AirAsia’s efforts by going above and beyond the protection of its guests against COVID-19 have been globally recognized, with a perfect 7-star rating from Airlineratings.com.