Catriona Gray gets her groove on and puts NU-Disco twist to “R.Y.F.” 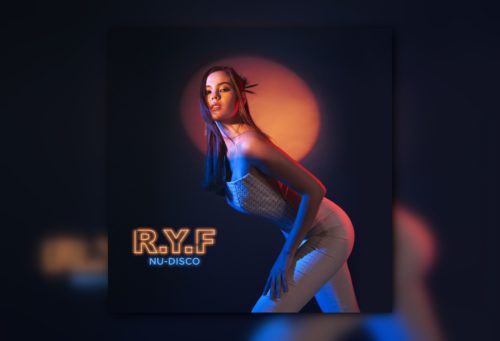 Miss Universe 2018 Catriona Gray adds a funky twist to her music as she introduces “R.Y.F. NU-Disco,” a groovier version of her “R.Y.F.” single freshly released under Star Music and CS Music.

At the launch of “R.Y.F.” last month, Catriona talked about the track’s significance and her wish that it will motivate listeners to never give up on their dreams.

“I hope that the song could really be a reflection that life isn’t easy, getting to a dream isn’t easy,” she said, citing the part of the song lyrics about how important it is to take one step at a time.

The crowned Miss Universe 2018 also shared how much being a Filipino means to her and how it translates into her music offering.

“I am a cultural ambassador but I’m also someone who really tries to uplift the lives of fellow Filipinos. And I feel like that’s the message of ‘R.Y.F.,’” she pointed out.

The beauty queen then fondly recalled how the original “Raise Your Flag” song, written by Trisha Denise and ABS-CBN Music creative director Jonathan Manalo, was inspired by her memorable statements from her Miss Universe journey.

“I know it started as an ode to my journey in Miss Universe. But I hope that through my interpretation of the song, it can evolve to how I see it. It’s about raising your voice for something,” said the Kapamilya singer.

KZ Tandingan originally recorded “Raise Your Flag” in 2019 with a rap verse written and performed by Kritiko. Last May, Catriona released her own rendition, “R.Y.F.”