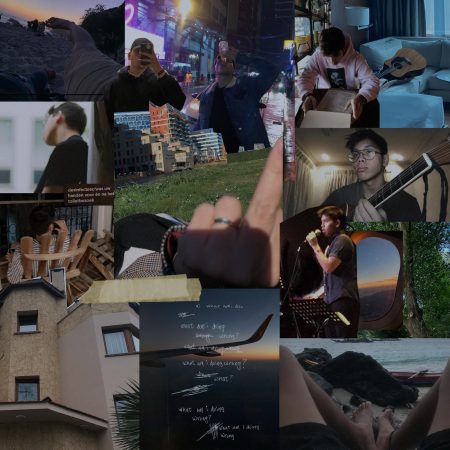 After overwhelming fan demand for the track, Norwegian-Filipino singer/songwriter Clinton Kane has shared “Chicken Tendies,” his first single of the New Year, via Columbia Records.

Written and produced by Clinton and Steve Rusch, the track tugs on listeners’ heartstrings to tell the painful story of seeing someone you love in the arms of another. The 21-year-old multi-instrumentalist backs the bittersweet song with such soul and emotion, connecting with so many.

In speaking about the release, Clinton says: “Never in my life did I think I would have a song called ‘Chicken Tendies,’ but at the same time I’m not surprised. I actually like chicken wings better than chicken tendies for anyone asking, but I’M SO STOKED FOR THIS SONG. When I wrote ‘Chicken Tendies’ I didn’t know what it was about, but a week ago I realized this song has so much more meaning to me than any other song; I’m SO KEEN to have this out in the world. It’s the perfect song to scream in your car while parked in a Target parking lot at 12am reflecting on your life ahahah LOVE U HEAPS xo”

The track started to build buzz long before its release when the artist began teasing “Chicken Tendies” on his TikTok, Instagram, and Twitter. Aside from the flood of encouraging comments and pleas to release the track, fans also named the Discord server created for Clinton after the song.

“Chicken Tendies” is lifted from Clinton’s forthcoming EP what am I doing wrong? due this spring. It follows the singer/songwriter’s previous single “remember the mornings” and his recent feature alongside Claire Rosinkranz on Sarcastic Sounds’ “change ur mind.”