Filipino pageant fans once again took time to proudly cheer Philippines’ bet Rabiya Mateo in her recent bid to bring home the Ms. Universe 2020 crown. The Ilongga beauty successfully placed in the Top 21 semi-finalists among the 74 lovely ladies who vied for the title.

Throughout her Ms. Universe journey, Rabiya’s simple beauty, charm, sweet and affectionate character captivated the hearts of pageant aficionados around the world and made her standout amongst other contestants. 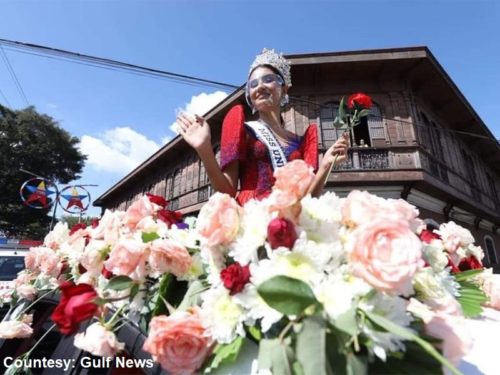 In an interview after the competition, Rabiya thanked all her supporters and said “In my heart, I did everything I can”.

AirAsia Philippines Spokesperson Steve Dailisan said, “AirAsia wishes to congratulate Rabiya for carrying the Philippine sash with pride and honor in the Ms. Universe stage. Like Rabiya, Iloilo offers a blend of beauty, charm and uniqueness that will surely captivate the hearts of many. In fact, for years, Iloilo has been a favorite summer destination for AirAsia passengers.”

With an array of island destinations, heritage sites and food to offer, Iloilo will surely captivate the heart of any tourist anytime and any season of the year.

Upon arrival at the Iloilo International Airport, you can warm up your Iloilo adventure by visiting the Miag-ao Church which is a UNESCO World Heritage Site for its history and intricately designed tabernacle. Calle Real in downtown Iloilo will give you a retro feel of the heritage district of the province. It is also best for those looking for Instagrammable and other social media posts. After roaming around, a bowl of the world-famous La Paz Batchoy will surely bring out the best mood in you.

If you are looking for white sand beaches, clear blue waters, lagoons and caves with majestic and towering rock formations all in one location to complete your summer, then the beauty of Islas de Gigantes should be next on your list.

Also visit Iloilo’s “Little Baguio” to top up your summer experience. With temperatures ranging from 18 to 20°C, tourists can enjoy the cold weather and highland attraction of the Bucari Pine Forest. Its highest point peaking to 4,300 feet meanwhile will give you a 360 view of the whole province.

AirAsia flies from Manila via NAIA Terminal 3 3x weekly every Wednesday, Friday and Sunday. The province is open to Authorized Persons Outside of Residents (APOR), Returning Residents and Non-Residents, all subject to a 72-hour negative RT-PCR test. Fly to Iloilo and book now via airasia superapp or airasia.com.

AirAsia’s efforts for going above and beyond the protection of its guests earned a perfect 7 COVID-19 star ratings from airlineratings.com.