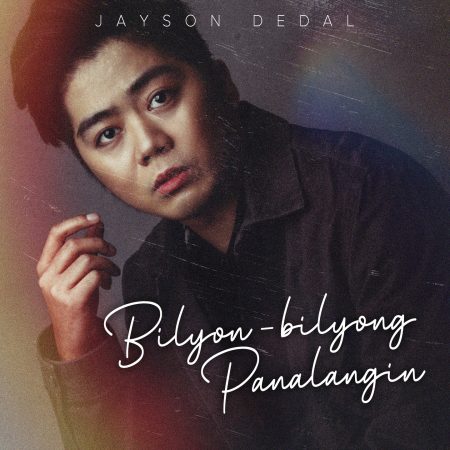 Of the billions of dreams cast into the void every day, few make it with the certainty—and confidence—that gifted singer-songwriter Jayson Dedal felt when he did.

The 28-year-old Dedal, who is a real-life MAPEH teacher in a public school in Quezon City, recently signed up with maverick record label Insight Music, which has just produced and released his debut single “Bilyon-Bilyong Panalangin”.

The song also served as one of the official movie soundtracks of the label’s movie production and marketing arm Insight 360 Films’ “Miss Q&A: Para Sa Maganda Lang Ba Ang Love Life?” starring Kakai Bautista and Zoren Legaspi and directed by Lemuel Lorca. The first is expected to be released this summer.

“The movie is about lost dreams and trying to redeem them,” says producer Chris Cahilig. “So having a song like ‘Bilyon-Bilyong Panalangin’ is—pun intended—a dream match.”

Apart from his day job as a public school teacher, Dedal has been writing songs since college and is an active member of the Filipino Society of Composers, Artists, and Publishers (FILSCAP). However, the opportunity to be a solo artist seemed to elude Dedal until Insight Music recognized his potential.

Indeed, Insight Music President and Chief Creative Director Chris Cahilig took notice of this fresh new talent early on. It was Dedal, after all, who wrote boy band 1:43’s hit songs such as “Pasensya Na” and “Ikaw Lang Talaga,” as well as “Sa Iba Na Lang” by BOU, which eventually became the official movie sound track of “Mia” (2020).

“I have always been incredibly drawn towards Jayson as an artist,” says Cahilig. “His body of work speaks volumes of his gift. And when you listen to what he has to say in ‘Bilyon-Bilyong Panalangin’, you’ll understand why we simply had to make sure that his talent is heard.”

Set against lush instrumentation and fueled by Dedal’s buttery vocals, “Bilyon-Bilyong Panalangin” conveys Dedal’s deep anxieties about an ambiguous future. Does God hear the songwriter’s ‘prayers’ for a better future?

“It’s a personal track, to be sure,” says Dedal. “I wrote it during the lockdown, and it’s the collective result of everything I’ve been worried about—my love life, the future, and my relationship with God.”

Having made peace with his vulnerabilities, Jayson Dedal is even more grateful to Cahilig and Insight Music for giving him the chance to express his creativity, and vent his anxieties, the only way he knows how—through his music.

Cahilig is likewise buoyant about Dedal’s journey in the music industry. “Some people might give a public school teacher one look and put them in a box,” he says. “But if anything, teachers are some of the best storytellers out there, and we’re lucky to have found one as talented and as enthusiastic as Jayson Dedal.”

“Bilyon-Bilyong Panalangin” by Jayson Dedal will be available on Spotify, Apple Music, YouTube Music, and all other streaming platforms on March 5, 2021.