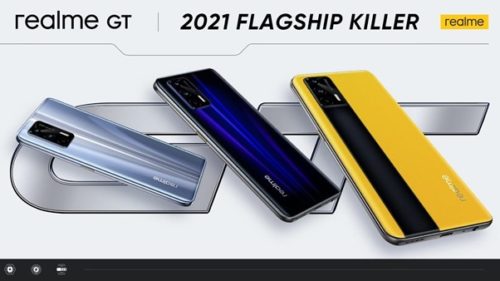 realme, the world’s fastest-growing smartphone brand and the no. 1 smartphone brand in the Philippines, today officially introduced its highly anticipated flagship smartphone of the year, the realme GT 5G, at the company’s first global launch event.

The launch of the realme GT 5G marks the company’s foray into the global mid- to high-end smartphone segment. This also marks the start of a new chapter which will see all of the brand’s future flagship products launch globally to allow young consumers worldwide to experience realme’s latest products at the same time. By bringing its first 5G flagship phone to several overseas markets, realme is meeting its goal of further global expansion.

The global launch of the realme GT aims to disrupt the industry’s mid- to high-end smartphone segment. The realme GT, inspired by the concept of grand tourer (GT) sports cars, redefines the flagship smartphone experience by offering the maximum number of flagship features to budget-minded consumers. It features Qualcomm’s most sophisticated high-end chipset – the Snapdragon 888 – along with a premium speed-inspired design and a stainless-steel cooling system for sustained performance.

“We wanted to create a device that could offer the high-quality experience of a flagship product but at a fraction of the price of most flagship smartphones on the market. I am incredibly proud to launch the realme GT globally,” said Sky Li, CEO of realme.

The realme GT, the company’s first 5G flagship phone, is part of realme’s plans to increase its 5G offerings in more than 20 devices by next year, upping the ratio of 5G devices in its entire product lineup to 70%.

realme continues to be a ‘popularizer of 5G’ by building a diverse portfolio of 5G products, from no-compromise affordable smartphones to premium flagship products. At its recent 5G summit, the company announced its intention to put young users at the forefront of driving global 5G adoption, with the goal of providing them with 100 million 5G phones by 2024 and launching an industry-first US$100 5G mobile phone in the next few years.

realme was named the fastest-growing player in global 5G smartphone sales by Counterpoint Research with a 3465% YoY growth in Q1 2021. In 2020, realme launched 14 5G devices, accounting for around 40% of all of its products.

realme was founded in 2018 at a time when the global smartphone market was already highly saturated and competitive. There were more than 200 mobile phone brands on the market, of which the top six players occupied 74% of the market share, leaving little opportunity for any new entrants. Almost three years later, realme is now the world’s 7th largest smartphone vendor and one of the top five suppliers in 13 out of the 61 countries it has a presence in, with a total user base of over 85 million users. It has achieved tremendous growth at a rate unprecedented in the smartphone industry by introducing affordable, high-performance, stylish devices to meet the lifestyle and budget needs of young consumers.

“realme was born an underdog but we wanted to challenge the market by making cutting-technology more accessible to young consumers worldwide. Over the past three years, we have stayed true to this mission and the realme GT shows the latest example of how the company is jumping to the forefront of innovation, design and product value for our users. This flagship product is just the beginning of a new journey for us as we gear up to grow our global presence and 5G offerings, ” Li said.