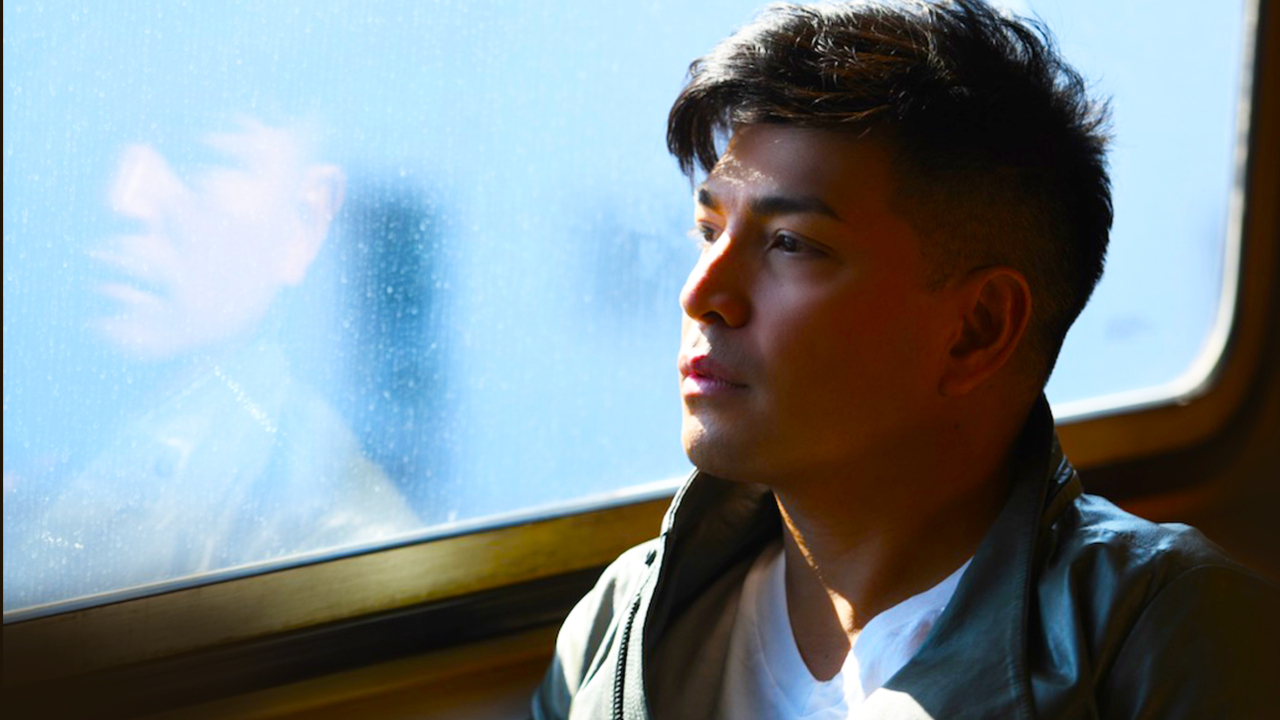 “My feelings and experiences are genuinely my own. I do not label it as gay. It is human. My lyrics are a series of events that happened in my life and the mood of my memories are the melodies of the songs,” said Ron.

The music artist—who grew up having to come to terms with his sexuality and idealized concept of love based on what he saw in his parents and the media he consumed—said he turned to music because he knew it could bring people together despite differences.

“We may have different beliefs, but when we hear music, sound waves are literally travelling inside our bodies, vibrating tiny bones in our ears, and firing synapses in our brains. We all hear it the same way—in our mind and in our heart,” he explained.

This is why he decided to release his EP last June 25, in line with the celebration of Pride Month. A collection of four Tagalog tunes and one English song all written by Ron, the EP explores the many facets of romance—from heartbreak (“Last Love Song”), moving on (“Huwag Ka Nang Umiyak”), starting afresh (“Sana Naman” and “Laging Ikaw”), to finding someone new (“Ngayong Nandito Ka Na”).

A passion project of Ron with one of his best friends Ken Javines, the mini album was also created in hopes of encouraging awareness for and representing the LGBTQIA+ community.

Now both based in the US, they tried to show that love indeed transcends boundaries by presenting love stories of same sex couples in its complementary visual album special documentary directed by Ken, who also co-produced all of the music videos of the album’s tracks shot entirely in New York City.

“Pride is about giving a voice to people who are often silenced, as well as a chance for others to listen to them and learn. This is why Ken and I created visuals to represent us. Everyone should have characters or images they can relate to,” he added.

Ron hopes that his EP can inspire listeners to love themselves. “Love is complex but love is beautiful. And no matter who you are, what your orientation is or gender identity, you should always love yourself first. Only then can you express it outwardly with respect and compassion to other people.”

Embrace all kinds of love and listen to Ron Solis’ eponymous EP, out now on various digital music streaming platforms.