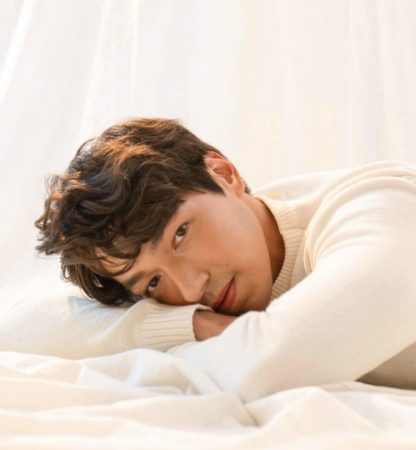 When actor David Chua goes out in public, it’s only a matter of time before he gets those furtive glances and recognizing stares from passersby. The same dilemma pops up online when netizens confuse him with some well-known Korean superstars.

Could it be because of the 30 or so teleseryes he’s done all throughout his decade-long stint with ABS-CBN? Or could it be because of his fair skin, chinito heartthrob looks and uncanny resemblance to Korean superstar and Goblin lead actor Gong Yoo? Some even claim he looks like Grim Reaper Lee Dong Wook from certain angles. 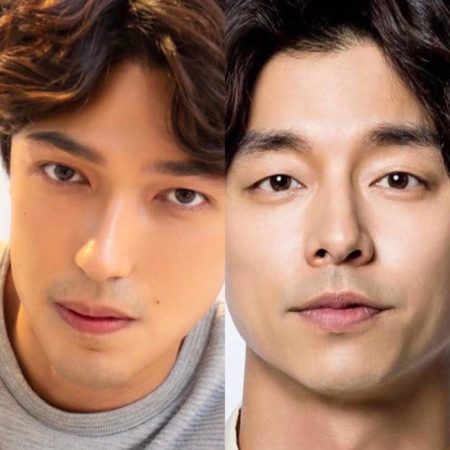 How does David feel about being tagged as one of local showbiz’s hottest oppas?

“Whoa! Of course, I’m flattered,” he bashfully admits. “K-Pop is all the rage worldwide and all the more here in the Philippines. To be identified with this rage is truly a compliment.”

Despite his strong Korean references, David is wise enough not to ride on its coattails, and refuses to be seen as a mere copycat.

He asserts, “Well, I never aspired to be just some copycat. I play roles with as much authenticity as possible. All my roles in the 30-plus TV shows I’ve done with ABS-CBN were hardly copies of anything or anyone. And Ive won an award for something I believe I portrayed uniquely, and am thankful for the recognition. It tells me Im on the right track.”

It’s not surprising that the young actor-turned-director/producer is a self-confessed fan, not just of K-Pop and K-dramas, but also of most Korean art and cinematic forms. 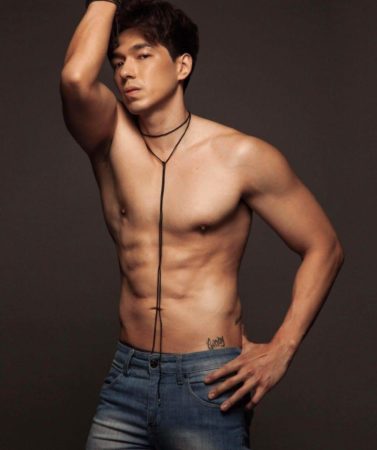 He adds, “Just as the world has discovered and gotten hooked on them, I am an admirer of the originality of their story plots and the unpredictability of their twists and outcomes. Think Goblin, Train to Busan, or Parasite. Even their romantic movies and series are fresh and memorable. Crash Landing On You, My Sassy Girl, World of Married Couples are just a few that viewers have gotten obsessed with.”

David proudly clarifies that he had already defined his signature fashion statement even long before the K-Pop trend, and even before Gong Yoo and his ilk became the rage.

He recalls, “When I first joined showbiz, I recall I was medyo too clean-cut, with side-parted hair and all.”

“I was projecting Tom Cruise for a bit. But then I thought, I surely dont look American.”

“And then, the Korean trend became the in thing. It found me! Haha! I must admit that I identify with it because I do have strong Asian features. I’m inspired by it, but not really taken over. I still prefer to be known as myself and not some look-alike.”

“I like clean, simple lines and colors for clothing to balance off my rugged head of hair. I identify more with the fashion of K-Drama actors more than K-Pop performers. I wish I could wear more of those turtle necks, jackets and trenches. Haha! Unfortunately, it’s hot here.” 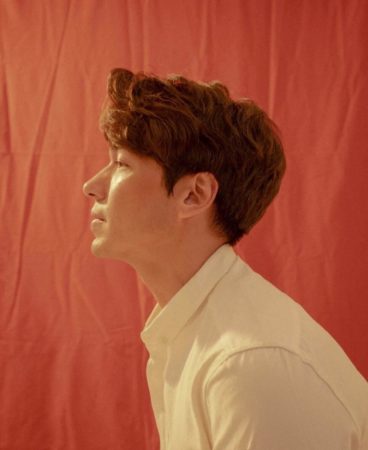 But still, David can’t deny that he’s such a big Gong Yoo fanboy.

He admits unabashedly, “Im such a big fan. I think Ive watched his series Goblin three times. Works for me each time. Its my dream to play a Pinoy adaptation of Goblin. Great story, great acting, so memorable.”

“He’s so talented. His facial expressions are so truthful and natural and they’re never the same. He’s versatile and good-looking too.”

Given Goblin’s popularity among Pinoy televiewers, does David feel that there’s a strong clamor for a Pinoy Goblin reboot?

He exclaims, “Definitely! All the elements of what Pinoy televiewers want is in this storyline: romance, fantasy, good versus evil, a supernatural being in love with an ordinary mortal, ultimate sacrifice in the end, unrequited love.”

Because of his recent hands-on training and immersion as director/producer, David feels that he and his Dark Carnival Productions team are more than capable of pulling off a convincing Goblin remake.

“That would be a dream come true,” says the rumored boyfriend of current Miss Eco International PH contender Kelley Day. “It’s a big idea worth pitching to any of our leading networks, and as soon as we clear all the necessary licensing issues, that would be a challenging project to mount. And I would definitely love to play Goblin’s role! It’s always been my big dream to portray the role of Goblin or the Grim Reaper!“