Orange Magazine, a Philippine-based online magazine, was formally launched in July 2010. It is the brainchild of Jessie Bunyi Villanueva a.k.a. JEMAN, an avid magazine collector who previously worked as tabloid correspondent and as an Events, Media and Promotions Coordinator for a couple of print magazine publications. 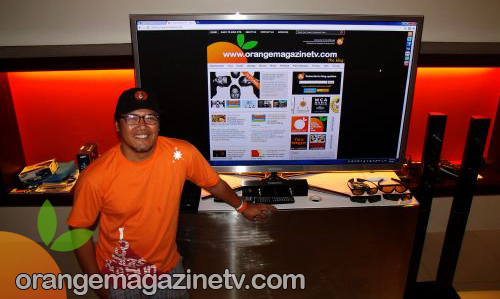 When he decided to strike out on his own, Jeman Villanueva explored the blogging world and what else he could do to harness the power of the Internet. He shares, “Aside from getting numerous invites to cover events as a blogger, I’ve always wanted to have my own magazine where I can accommodate every kind of information that pleases me without others telling me what and what not to publish.”

When asked why the name Orange, Jeman added: “I chose to call the publication ORANGE to signify content that is always fresh, always relevant, and true.”  Orange is moreover the color of dawn, which means a new day, a fresh start. “So I wanted a magazine that features ‘fresh elements’ such as the hottest in fashion, the newest trends, and the coolest celebrities in the entertainment industry.”

According to Jeman, he decided on putting up this type of business because it is cheaper to produce compared to print publications. Moreover, “Since Internet content is the new media, I knew that whatever I produce online will be more accessible to readers as well as easier to get sponsors and advertisers for,” he explains. “It is also faster to promote with the help of social networking sites.”

Asked what his target markets are and who he wants to reach with Orange Magazine, Jeman pronounces, “Everyone who knows how to use the internet. I don’t want to limit my audience. However, I will not, and don’t intend, to post explicit content because I have a lot of readers who are in their teens.”

One year after it was launched, Orange Magazine now has an online subscriber base of 14,000 +++ that continues to increase as more and more interesting content are posted on the site and exciting contests are held almost weekly to the delight of its loyal followers.

Aside from Jeman as its publisher and editor-in-chief, Orange Magazine has a team of dynamic pool of contributing writers who ensure that the magazine continues its goal to provide relevant and interesting content to its readers.

What’s next for Orange? Jeman reveals, “We’re hoping a print version will be available soon to celebrate what we have accomplished from our 5 years in the online business. Please do watch out for that.”