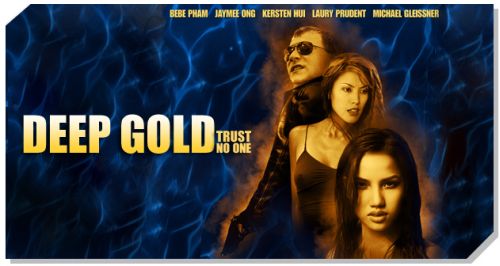 Honestly, I never heard about this movie and judging from the picture or the official poster layout, it reminds me of a James Bond 007 films or Blue Crush. And because this is an international film shot entirely in the Philippines, and with Filipino actor Joel Torre in the cast, I decided to watch this movie.

Here’s a synopsis of the movie taken from their official website:

Shortly after free diver Amy Sanchez (Jaymee Ong) breaks an important freediving record, her boyfriend – Air Force Pilot Tony – mysteriously vanishes together with a flight that was bringing millions of dollars worth of gold to the Central Bank.

Determined to discover the truth, Amy goes off with her sister to find out.

Is Tony actually dead? Or if not, is the man she loved really part of the plot to steal the gold? But she has no idea that she is about to discover the unexpected, and entangles herself in a web of lies and deceit before she finds out that somebody used her for what turns out to become a much larger conspiracy.

As much as I commend this movie for showcasing the Philippines as its location, I didn’t feel it being shot in the Philippines. For me, a movie should look and sound authentic to make it credible. First of, they didn’t use Bisaya (a dialect from Cebu) or Tagalog/Filipino as language for the Filipino casts. Although Filipinos knows and speaks English, this is not the country’s main language. But that’s good if you don’t like subtitles. Makes it cheaper for the editing. Second, they featured Cebu and Palawan and most of the scenes are shot underwater but you can’t actually see any aquatic flora and fauna and fishes. It lacks the cinematography to showcase the beautiful islands of the Philippines.

Its lead, Bebe Pham fails to deliver in this movie, giving one facial reaction only. But what she lacks in acting, she did good with the showing of skin — wearing a lot of two piece bikinis. But the movie’s support actors like Jaymee ong who plays the role of Amy’s sister and Laury Prudent delivers a better acting and almost stole the spotlight from Bebe Pham.

It was also a disappointment that they didn’t maximize the role of a great actor like Joel Torre who only played a bit role as the father of Amy and Jess. But the best part is, they did extra effort in providing some actions to this film and having a budget to actually destroy some facilities. Although some looked fake, but this is not a Hollywood film, so we can’t really expect much.

Lastly, I am really bothered with their efforts to make this movie in 3D. Seriously, I didn’t get that part at all. It’s like watching a B movie in 3D!

If you’re looking for a good movie to watch, this is not the one I would recommend. But if you feel proud that foreign movie outfit uses the Philippines as setting to their movie, then you could give this a chance. But then again, watching it in 3D is never a good idea. Don’t watch this if you are tired as well because I’m telling you now that some scenes will make you fall to sleep. Also, not because the movie has good poster layout, it doesn’t mean the movie itself is. 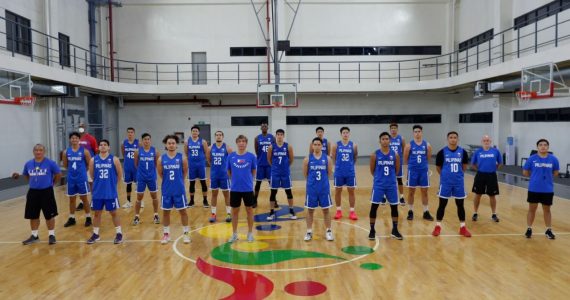