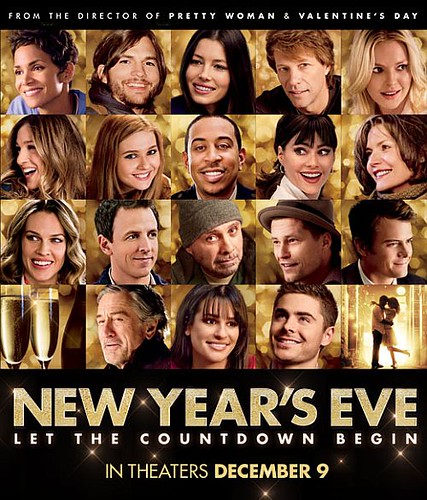 “New Year’s Eve“ is one star-studded movie that I’m looking forward to see and last December 6, a press screening was held at the Powerplant Cinema 2 courtesy of New Line Cinema and Warner Bros. Pictures (Thanks sir Jay Gonzales and Ma’m Sionee Lagman for the passes).

From the director of “Pretty Woman” and “Valentines Day“, the flaccid new ensemble comedy “New Year’s Eve” celebrates love, hope, forgiveness, second chances and fresh starts, in the intertwining stories told amidst the pulse and promise of New York City on the most dazzling night of the year.

Although I enjoyed watching Valentine’s Day, I have less expectations from New Year’s Eve. But it was exciting none the less because of the actors who played it. And some of the actors that really stole the show are Ryan Seacrest (who played as himself), Zac Efron, Michelle Pfeiffer, Jessica Beil and Sofia Vergara.

Unlike Valentine’s Day that focus purely about love, in New Year’s Eve, it’s all about second chances. But don’t expect to connect all the characters because this one is different (although it did connect to some of the characters).

If you are wondering why Ryan Seacrest is not included in the poster credit maybe because he only appeared in the movie in a cameo role but in a more exaggerated and funny way. Also stealing the spotlight is Sofia Vergara who played the funny Ava. 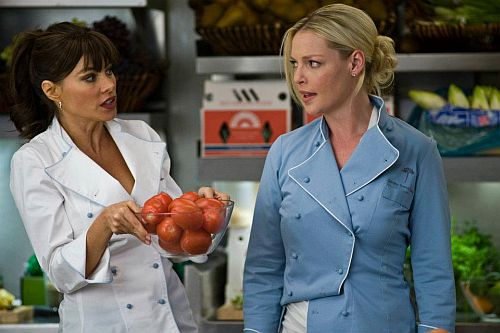 Sofia Vergara is one of my favorite actress. She currently stars on the critically-acclaimed ABC series Modern Family as Gloria Delgado-Pritchett, for which she was nominated for a Golden Globe Award, two Primetime Emmy Awards, and three Screen Actors Guild Awards for Best Comedy Actress. I last saw her in the animated film, Happy Feet Two.

The movie also makes you think who’s connected to who. And of course, the answer will be revealed at the end of the movie. But again, not all of them are connected to each other like what they did with Valentine’s Day.

This is also exciting because it is a reunion of sort (Josh Duhamel and Katherine Heigl for Life As We Know It; Sarah Jessica Parker and Jon Bon Jovi for Sex and The City episode) and the two Cat Woman: Halle Berry and Michelle Pfiffer (playing Ingrid, a lonely woman whose New Year’s resolutions courier boy Paul (Zac Efron) must fulfill). Between Berry and Pfiffer, the later got the most interesting role. Too bad, they don’t have any scenes together. 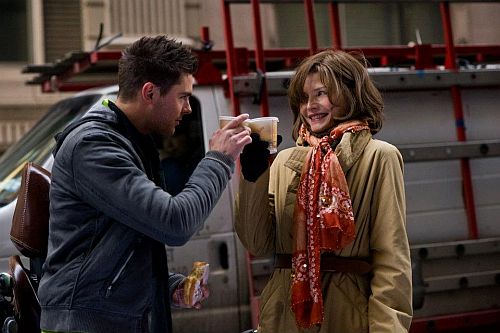 Pfiffer transformed herself to an old lonely woman, and being paired to Efron, who is now looking better with his new matured look. And Efron also did good here. He didn’t show his abs here but I am pretty sure, girls will still get swooned by his charm. 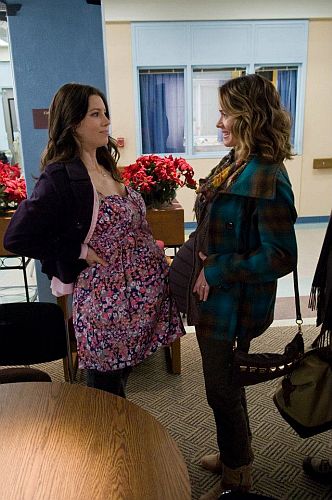 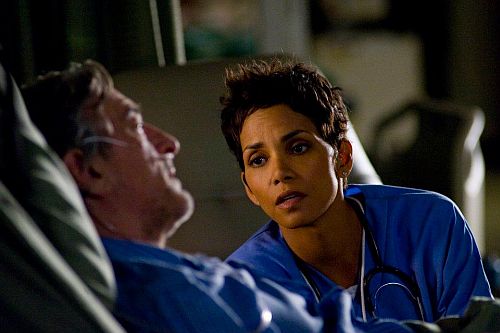 Jessica Beil is also funny in this movie. She is competing with another pregnant woman to win the prize for the   1st to give birth on New Year’s Eve. The rest of the casts played a rather serious role like Robert De Niro who played a dying cancer patient who wanted to see the famous New Year’s ball drop. 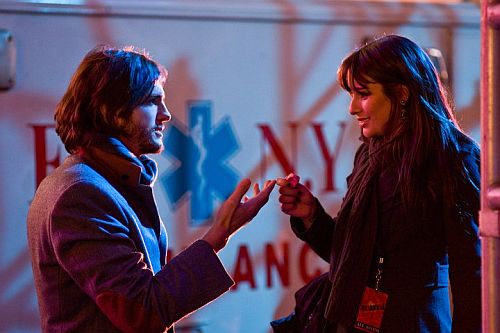 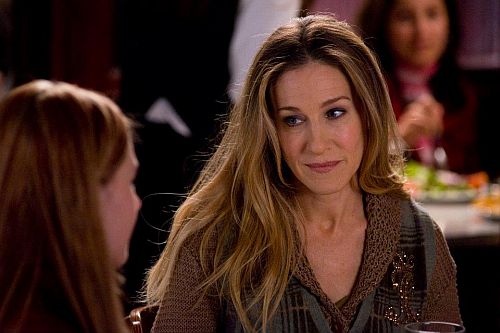 Less interesting characters here are from Ashton Kutcher and Lea Michelle (I didn’t enjoy any of their scenes together) and Ludacris who played a rather serious role. And Sarah Jessica Parker’s mannerism reminds me so much of how she acts during her Sex and the City days. And the finale surely reminds me of a scene from the series too.

But if there’s anything you shouldn’t miss is the ending of the movie and the bloopers and behind-the-scenes. It’s way hilarious! I love it!

Beware the New Trailer of “Venom: Let There Be Carnage”