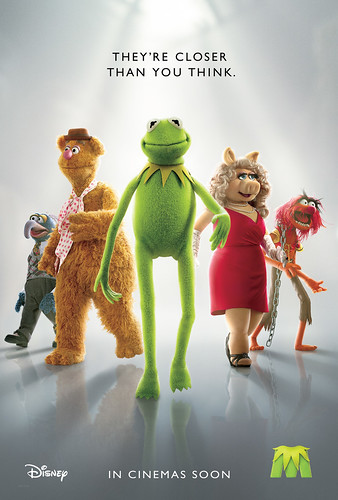 He’s green. He has crazy friends, flippers, a penchant for pigs…and one of the most recognizable singing voices. And he’s coming to neighborhoods everywhere in 2012!

Our all-time-favorite frog, Kermit the Frog is back on the big screen, and this time, he’s teaming up with Jason Segel, Amy Adams, Chris Cooper and newcomer Walter, plus the whole Muppet gang, for a brand-new, big-screen adventure in Disney’s “The Muppets.”

“It’s funny, upbeat and full of laughs for everyone…frogs, pigs, bears…even people,” says Kermit. “For new fans, it’s a chance to see the Muppets in action on the big screen. And for old fans it’s a chance to get together with old friends…and get a little crazy together.” 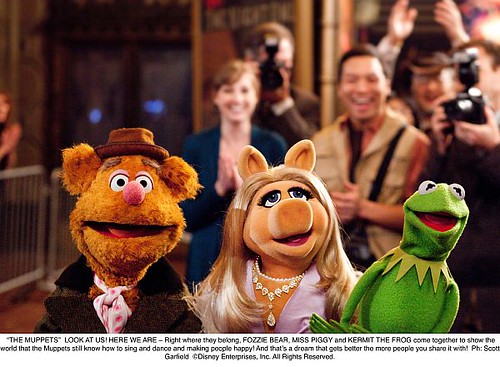 On vacation in Los Angeles, Walter, the world’s biggest Muppet fan, his brother Gary (Segel) and Gary’s girlfriend, Mary (Adams), from Smalltown, USA, discover the nefarious plan of oilman Tex Richman (Cooper) to raze Muppet Studios and drill for the oil recently discovered beneath the Muppets’ former stomping grounds. To stage a telethon and raise the $10 million needed to save the studio, Walter, Mary and Gary help Kermit reunite the Muppets, who have all gone their separate ways: Fozzie now performs with a Reno casino tribute band called the Moopets, Miss Piggy is a plus-size fashion editor at Vogue Paris, Animal is in a Santa Barbara clinic for anger management, and Gonzo is a high-powered plumbing magnate.

Disney’s “The Muppets” is directed by James Bobin (“Flight of the Conchords,” “The Ali G Show”) and produced by the Academy Award