I am not familiar with the clothing brand, UNIQLO, but I heard about it from my Blogger friends who attended the launch last night (May 17).

Anyway, I will talk about the brand more when I get a chance to try it. But for now, I just like to post the local brand ambassadors of Uniqlo Philippines whom they call as “Cast Members”.

For a supposed to be imported brand, at first look, I felt the clothes are like what you can buy here locally. Actually, even the promotional photo they used isn’t appealing. The cast members, Chris Tiu, Iza Calzado, Nikki Gil and Chito Miranda, looked all dull in the picture shown above. And the clothing, styling and photo shoot? My first impression was, a mix of Giordano, Benetton, Folded&Hung, etc. I can’t believe the team behind this photo shoot, didn’t gave enough justice for this imported brand. Bench and Penshoppe are far better than this.

I was also checking some reactions at Uniqlo Philippines Facebook Page and although some are happy that Uniqlo is finally available in the Philippines, specifically at SM Mall of Asia, on June 15, 2012, some are questioning its move of getting a local ambassadors. Some commented that it cheapens the brand and some wished they opted for the foreign cast member instead. At least it is creating a buzz now.

Although I have nothing against getting local celebrities as brand ambassadors, I think it was actually a good choice to make it more accessible to the Filipino market but of course, for some, like what other commenter said, it somehow “cheapens” the brand.

But I will not judge Uniqlo Philippines based on the promotional photos they released. I’d still like to try their brand and see for myself if it’s worth buying. 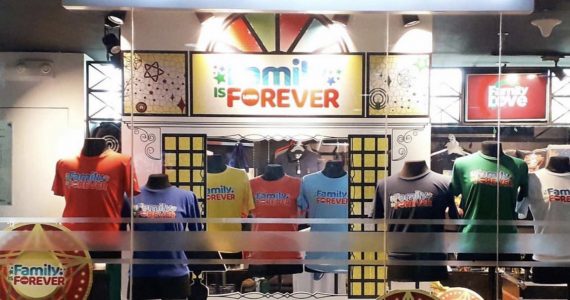 Team Orange 29 Aug 2020 0 comments
Pinoy fans now have limited ways to revel in the Kapamilya spirit beyond their screens as ABS-CBN’s experience and retail businesses are shutting down their operations permanently by August 31,…

The Under Armour Sportsmask is coming to the Philippines

Jeman Villanueva 09 Aug 2020 0 comments Fashion & Brands
Great news for the Philippines—the Under Armour Sportsmask will be available in the country soon! With tens of thousands sold in the United States, United Kingdom, and Singapore, and more…