The movie, based on a story of six men struggling with the pain of separation, is director GB Sampedro’s entry to the  2014 Cinemalaya Film Festival under the New Breed category. Separados is GB’s follow-up to 2009’s Astig, another ensemble movie that won for him a Best Director award in that year’s Cinemalaya festival.

Starring Victor Neri, Ricky Davao, Anjo Yllana, Jason Abalos, Alfred Vargas and singer Erik Santos in his movie debut as a call center agent who ends up as a battered husband, Separados is inspired partly by GB’s own experiences and those of his friends who were either married or in relationships that, for one reason or another, ended. It is a concept that GB began forming in 2006, a year after his own relationship hit the rocks. Through the years, and subsequent relationships that also ended—including his relationship with Brazilian model turned actress Daiana Menezes—GB refined the concept, adding characters and scenes until the movie reached its present form.

During the press launch held recently, Director GB Sampedro opens up to Orange Magazine about the making of Separados, how the actors were selected, and his own personal experience that leads to his failed relationships and marriage:

Although the stories of the six characters in the movie are distinct and separate, they are woven together in a tightly-written story that discusses separation from a man’s point of view. GB and co-writer Eric Ramos spent weeks researching why couples separate because they wanted to come up with a realistic film that takes an honest look into an age-old problem. According to their research, the top reasons for separation include sexual incompatibility, religious differences, indulging in vices such as drinking and gambling and domestic violence. (Yes, sometimes men are the victims). “Ilang weeks of pagbabasa at pag-research ang inubos namin sa movie kasi gusto ko talaga na ma-reinforce siya ng tamang research para hindi ako masabihan ng ‘Hindi naman totoo ‘yan!” says GB.

The cast turned in some very revealing performances. Acting in a story like Separados was a challenge for most of them, especially since the characters they play in the movie are very far from who they are in real life.

Alfred Vargas, who doesn’t just act in, but also co-produced the film, says the Separados journey was a unique experience for him.
“It involved me so much more in the whole filmmaking process,” says Alfred Vargas. “Filmmaking is one of the most enjoyable and fulfilling endeavors I’ve ever been into. I didn’t realize it until I became a producer myself. What’s also interesting is that I gained more understanding of what a professional actor should be when I started producing films. It opened my eyes and made me see the realities and the ups and downs of the industry.”

So far, he says, he is proud to say that he has produced quality films that may inspire Filipinos. He hopes those who come to see Separados will find pieces of themselves in the movie.

“People can expect to see themselves instantly in the shoes of one or more of the separados,” he says. “Separados is a narrative about love, life, relationships, failures and hope. It’s everybody’s story.”

Separados will be screened from August 1 to 10, 2014 at different venues of the Cultural Center of the Philippines (CCP) and the Ayala Malls Cinemas. 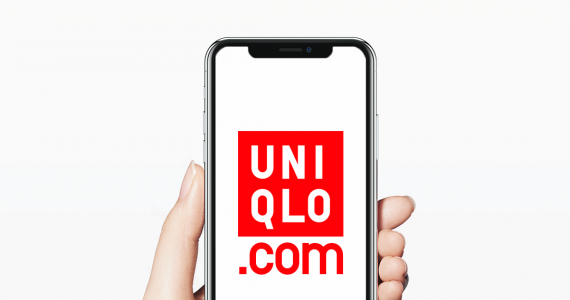 Team Orange 05 Jun 2020 0 comments
Japanese global apparel retailer, UNIQLO, is set to launch its E-commerce platform to the local market in the second half of 2020, to be available both in the UNIQLO website…