It’s like an Angel knocked at our door when somebody knocked at our door with a box of pizza. It’s the delivery guy from Angel’s Pizza who arrived just as they said – 6PM – to deliver our Chicken Aloha. I was still on a client call when he arrived so I did not have the chance to take a picture of him. But the delicious aroma filled our place as if calling me to end the call and dig in. With a stern look, I motioned to my cousin not to touch it. She obliged. 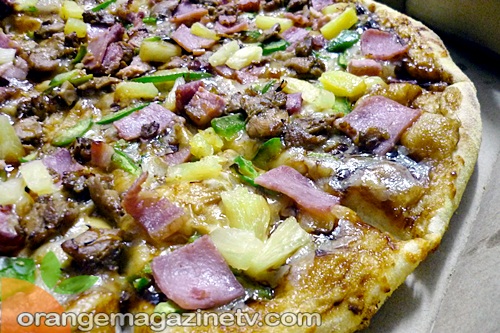 I never bothered to push the end button when the call ended. I hurried to the dining table where the family-sized box of pizza is laid out, still intact. I had to take pictures you see! A few shots more and I gave them the go signal to eat. My cousin noticed it’s filled with toppings. I saw a generous sprinkling of ham, green pepper and pineapple with drizzles of barbeque sauce. The accompanying flyers hinted Chicken Aloha as the pizza parlor’s newest flavor in time for the Yuletide season.

It was my first time to eat an Angel’s Pizza, so it’s but natural to compare it with other pizzas. The crust is just right, neither thick nor thin. That means I won’t be full with bread alone. The dough is chewy, far from the “almost bread” consistency that I had with some brands. It’s tasty too! As I sink my teeth into it, I felt the juices burst into my mouth. That’s because the toppings are not overcooked. I can still see the freshness of the pineapples and green bell peppers. 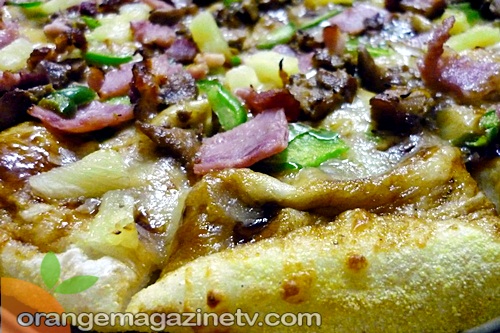 One thing that I would have wanted to see is bigger chunks of chicken. It looks like the ham and bacon overpowered the chicken. And to think it should be the star of the show. I didn’t see much of it, not even the taste of it. It should be the most evident of all. Still, the dough, the toppings and the flavor blended well together to lend a mouth-watering pizza experience. It’s so good we didn’t bother pouring hot sauce over it.

We really enjoyed this treat to the point that we forgot to take pictures of ourselves enjoying the pizza. That’s like forgetting our names for a moment. But we did not fail to notice that we didn’t have left-overs. This is an unusual sight as we always see mounds of pizza edges after all has been devoured. Reviewing the pictures that I took, I realized that the toppings almost covered the entire pizza and the edges are thin just as how the rest of the dough is. That’s value for your money! 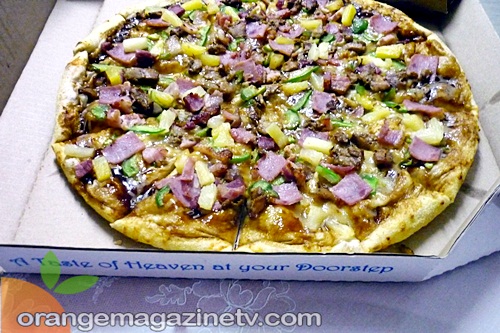 With Chicken Aloha as the measuring stick, I recommend Angel’s Pizza. You’ll love the generous ingredients and the barbeque flavor. It’s worth the price at P470 for a Family-sized pizza. 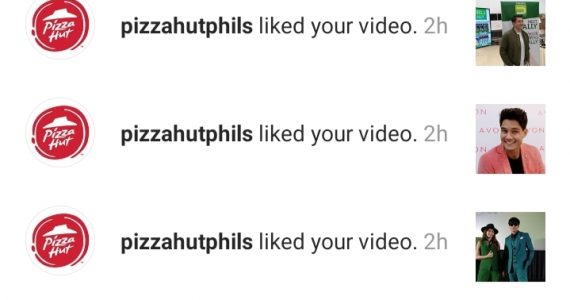 Team Orange 27 Feb 2020 0 comments
We’ve noticed Pizza Hut Philippines have been liking a lot of photos and has been replying multiple reactions on people’s Instagram pages and it’s quite intriguing. Here you can see…

Team Orange 26 Feb 2020 0 comments Events
Are you hell-bent on pursuing a healthy lifestyle starting 2020? Then you’ll be thrilled to know that you can get on the fitness with Mega Tuna, which brings you wellness…

Team Orange 23 Feb 2020 0 comments Food & Beverage
February has gone by so quickly and Yellow Cab is ready to cap it off on a high! On February 28, get ready to have your bellies filled and your…