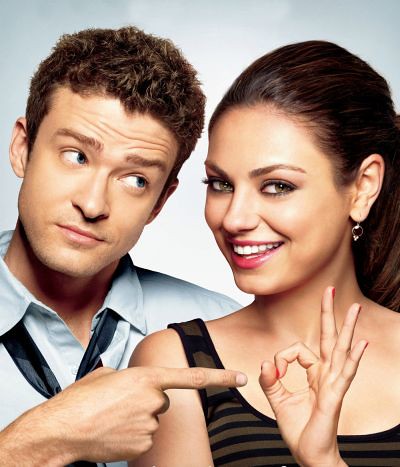 In the film, Dylan (Timberlake) and Jamie (Kunis) certainly aren’t in a settling-down frame of mind. When New York-based executive recruiter Jamie trains her considerable headhunting skills on luring hotshot LA-based art director Dylan to take a dream job in the Big Apple, they quickly realize what kindred spirits they are. They’ve each been through so many failed relationships that they’re both ready to give up on love and focus on having fun.

So when Dylan relocates to New York and the pair start hanging out regularly, they share plenty of laughs over a twin belief that love is a myth propagated by Hollywood movies. That’s when these two begin a deliciously sexy, decidedly grown-up experiment.

Could these two fast friends – who are successful, unattached, and scornful of commitment – explore new terrain?

If they add casual “no emotions” sex to their friendship, can they avoid all the pitfalls that come with thinking about someone else as more than just a pal?

As two people weaned on the disappointing promises of romantic comedies, Dylan and Jamie shouldn’t be entirely surprised when their bold move becomes a bawdy, sexy ride into uncharted territory, exposing much more of themselves than they ever thought they’d get to see.

“Friends with Benefits” is directed and produced by Will Gluck (“Easy A”).