Lovi Poe is ready to scare us in the new version of “Aswang!” 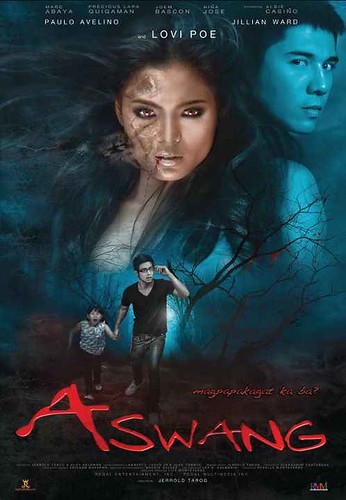 Regal Entertainment has found a new horror master in indie director Jerrold Tarog, the same award-winning filmmaker behind “Confessional,” “Mangatyanan” and “Senior Year”. On top of his success in this indie scene, Jerrold scored a major triumph with the “Punerarya” episode of “Shake, Rattle & Roll XI” in last year’s Metro Manila Film Festival.

On November 2, Jerrold follows up “Punerarya” with another Regal shocker, “Aswang” featuring Lovi Poe and Paulo Avelino in stellar roles.

The movie was set in a little town with creatures referred to by the locals as “Abwak”.

“Abwak” or “Aswang” are creatures with supernatural powers and has the ability to transform from humans to animals. Lovi Poe played as one of the “ABWAK”.