Midway into the Aquino administration, the Philippines is in unfamiliar territory. With a 7.8% growth rate, the erstwhile sick man of Asia is well ahead of its ASEAN neighbors and China in terms of economic performance. Is the Philippines finally permanently out of the financial ICU? What does this growth mean to poor Filipinos who experience hunger on a daily basis?

On the eve of President Aquino’s state of the nation address, Cheche Lazaro Presents looks into the government’s Php 44-billion poverty-reduction strategy more popularly known as the Pantawid Pamilyang Pilipino Program or 4Ps. Already on its fifth year, the program, which gives cash to extremely poor households with the expectation that it will be spent on health and education of family members, is not without detractors. But what critics describe as dole outs is called investment on human capital by supporters.

Veteran broadcast journalist Cheche Lazaro brings the debate directly to the beneficiaries of the program, determining how, if at all, the 4Ps strategy has changed their lives. The probe takes her to the shantytown of Navotas where two household beneficiaries paint a contrasting picture of 4Ps graduates. In Tigaon, Camarines Sur, the cash-grants program weaves an entirely different story – mounting complaints of reduced, if not missing, financial assistance.

Taking off from the successful conditional-cash transfer (CCT) programs in Latin America, the Philippine version is currently the biggest in Asia and the third in the world in terms of coverage. To date, there are 3.9 million household-beneficiaries of CCT. By 2015, the program aims to cover 4.6 million households or 28 million poor Filipinos – a target set by no less than President Aquino, who ran on the campaign slogan “kung walang corrupt, walang mahirap.”

Cheche Lazaro Presents draws the face of the Aquino administration’s centerpiece program for the poor in the midst of inequality and remarkable economic growth. From the voices of 4Ps beneficiaries and non-beneficiaries and the people who are supposed to look after their welfare, as well as those who fund and monitor the program, is a story of resiliency and hope that the Philippines will finally lick poverty under an administration that promises to eradicate corruption to wipe out poverty.

How and what it really takes to accomplish such a noble goal is the heart of this two-hour special documentary.

Meanwhile, netizens are updated on the latest news on politics and on President Noynoy Aquino’s forthcoming SONA via www.abs-cbnnews.com/aquinopromises. The website also reflects interactive polls assessing which of his promises have been fulfilled or not in the first half of his term. Video coverage of his three previous SONAs can also be reviewed as they are available on the website. 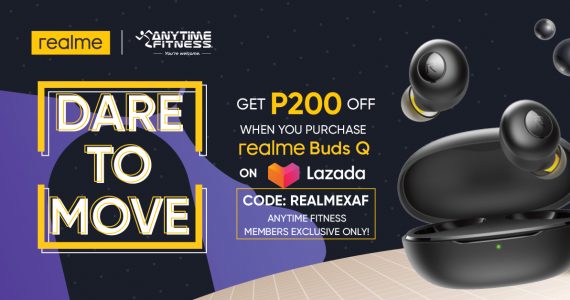 Team Orange 28 Oct 2020 0 comments
As a young video content creator and influencer, Ry Velasco makes sure she remains healthy, fit and safe while adhering to protocols implemented amid the community quarantines. “I am taking…

Team Orange 28 Oct 2020 0 comments Movies
Watching a scary movie this Halloween may not be possible in cinemas this year, but there is a new way to relive the experience by watching Star Cinema’s newest horror…

Team Orange 28 Oct 2020 0 comments Business
Amid a raging COVID-19 pandemic that has brought monumental challenges to the global healthcare industry, Taiwan Excellence, a national award in Taiwan with 28 years of history, initiated the Smart…

Team Orange 28 Oct 2020 0 comments Music
Anitta drops “Me Gusta,” a star-studded anthem for the last days of summer featuring Cardi B and Myke Towers. The single builds on the warm, sultry sound that’s made Anitta one of Brazil’s biggest breakout pop superstars. Paired…