Gru, Margo, Edith, Agnes and the minions are back! Thanks to United International Pictures and Solar Entertainment Corp., I was able to watch Despicable Me 2 last Saturday through an advance screening at iMAX SM Aura. With more minions, is it more despicable?

This time around, Gru (voiced by Steve Carell) is no longer a super villain after he saved her adopted daughters Margo, Edith and Agnes from Dr. Vector in the first film but he is unexpectedly recruited by the Anti-Villain League to find and defeat a new villain since he is a one before and knows how they think. With the help of the girls, Dr. Nefario and the minions, he must save the world again.

Back with his trademark accent, Steve Carell did an excellent job again as Gru. I like the development and transformation of his character from a former baddie to being a lovable dad.

Other than his fatherly issues, we also get to see Gru’s love dilemma. He goes into a hilarious date which is so entertaining to see. Eventually, he finds his match in Kristen Wiig’s Lucy who is a welcome addition to the characters.  Her goofiness and perkiness fit the bill as Gru’s love interest.

Besides Agnes’ party and Margo’s first crush experience, there was less focus on the three adorable girls but we can always rely on Agnes voiced by Elsie Kate Fisher to deliver a few sweet and heartfelt moments alone with Gru.

The voice casting of the film’s villain caused quite a surprise when Al Pacino dropped out very late in production due to creative differences with the producer. His replacement Benjamin Bratt is pretty good in terms of the voicing but his character isn’t devious enough compared to the first film’s Dr. Vector who I think is still the better villain.

There’s nothing special in its thin plot. Honestly, it’s not as good and edgy as the first film lacking its freshness but it doesn’t mean it’s no fun. It’s still pure entertainment for the whole family with its strength and appeal coming from the minions – the real highlights of this film. Their roles are expanded and they got to do more slapstick fun and cuteness including a rendition of All-4-One’s “I Swear”.

To 3D or not to 3D? The animation is eye-popping especially in the ending credits scene. It’s worth a view in the 3D format.

Overall, it’s not as “despicable” as the first film but the minions will guarantee a comedy gold time. Moviegoers will leave theaters wanting a minion of their own. I’m now pumped for more minion madness for their well-deserved solo film next year. :)

Despicable Me 2 is showing in Philippine theaters starting today, July 3.

Orange Magazine TV‘s newest film critic is a self-confessed movie geek. John Albert Villanueva love movies so much, he watch every movies from the big screen and collects DVDs of classic movies. Read his other reviews here, here and here. 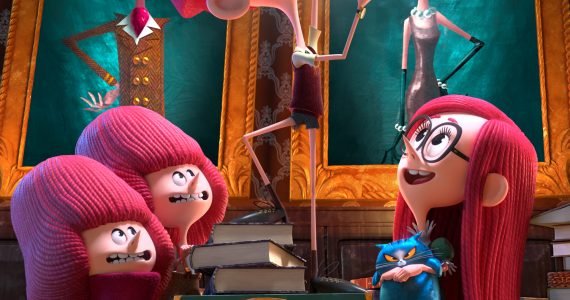