Much like the Noche Buena, Enteng Kabisote has been part of the Filipino family Christmas tradition for the past 10 years or so.

As one of the most successful box office entries in the Metro Manila Film Festival (MMFF), the “Enteng” series has even crossed over with a couple of other MMFF franchises such as “Agimat” and “Ang Tanging Ina.”

But this year, Enteng and his family takes a much deserved break, as two child superstars—Ryzza Mae Dizon and James “Bimby” Aquino Yap— bring in a different kind of magic to the holiday season.

The idea for the movie My Little Bossings surfaced after Bibeth Orteza, saw a production number by Vic Sotto, Aiza Seguerra and Ryzza Mae Dizon on Eat Bulaga, and pointed out the chemistry among the three.

“Pero hindi naman siya (Enteng) tuluyang magpapaalam. He just took a break and who knows he might be back next year!”

“Aiza started out with us as a child actress—now actor na,” Vic said eliciting laughter then turning to Ryzza, and asked “Naintindihan mo ba yun?

Vic then continued, “Dun nagsimula yun, so sabi ko ‘Why don’t we do it baka pwedeng material for the film fest.’”

Torky Villanueva, aka Bossing (Vic Sotto), works as personal bookkeeper to Barbara ‘Baba’ Atienza, a Forbes Park-based cash management specialist. He is funny and he likes to clown around, but the comic nature is really to cover up the loneliness that crept into his life after his wife died. It’s a loneliness he thinks would be easier to deal with if he lived abroad, so he plans to someday leave the country and sell his house soon as he saves enough money. He privately agrees with Dan Brown: he lives in the gates of hell.

When Torky’s employer Baba’s partner Marco Guzman accuses her of authoring a huge pyramid scam, she goes low-key to investigate Guzman and expose him as the real scam artist. Meanwhile she entrusts her 6-year-old son Justin (James Aquino Yap) in Torky’s care, for he’s the one person Guzman will never think she will leave the boy with. Baba presumes Justin’ll be happy  with Torky, whom she believes to be warm and happy-go-lucky.

In truth Torky is a loner. He does not like having to take care of Justin, or of anyone, for that matter. But he accepts the task of taking care of the boy because it’s part of his job, and brings him to his house in a lower middle-class barangay, somewhere in Makati City, where we also meet the teen-agers Dino and Rosy who’ve made a habit of seeking Torky’s advice on their relationship.

In his house, Torky finds Ice (Aiza Seguerra), whom we first think to be his niece, for she calls him Uncle Torky. We’ve actually met Ice earlier, at the Lungga, a haven for street children run by Remy, a former nun. Remy is dying, so she e-mailed Ice in Japan to please come and take Ching out (Ryzza Mae Dizon) before the Lungga closes. Nowhere to go, Ice brings Ching to Torky’s house.

There’s tension between Torky and Ice, but because they want to have Justin and Ching off their backs, they pretend all is well between them, to encourage the two kids to become friends. It takes some time for the friendship to start, for Justin always puts up a superior air to be above Ching, and Ching is too much of a street child to allow Justin to lead her by the nose.

Justin’s also all of his life been rich, as Ching’s been all of her life, poor. This disparity is the source of their conflict, the wellspring of their friendship and the mother lode of most of their comedic scenes, in the many scenes depicting the crossing of the class divide. They loosen up Torky so much he becomes a warmer and nicer person.

“As shooting progressed and as the two kids warmed up to each other and established rapport on and off screen, it became clear that “My Little Bossings” is more than mere curious case. It’s a casting dynamo bound to shakeup the MMFF and steal thunder from anything that crosses its path. “Nakakatuwa talaga yung dalawang bata. They complement each other so well. You can see that when you watch the movie. Nagtuturuan, nagtatawanan, sabay napapagod, sabay nagugutom. Masaya lang kami sa set. Para lang kaming laging naglalaro,” said Vic.

The sure success of “My Little Bossings” doesn’t rest just on the shoulders of Ryzza Mae and Bimby, but those of giants. One of the MMFF Box-office King’s co-stars is also royalty, none other than Queen of All Media and MMFF Box-office Queen Kris Aquino. It is said that one of Kris’ reasons in accepting the film is that she wanted her son Bimby’s first experience in making movies to be with someone of Vic’s stature and humility.

For years, the MMFF doesn’t seem to be complete without a starrer from either Vic or Kris or both. This time they join hands; matching stellar power with stellar power, showbiz might with showbiz might, midas touch with midas touch. How can “My Little Bossings” not turn to gold?

As most things come in threes, the power of the dream project doesn’t end there. “My Little Bossings” is produced by OctoArts Films, M-Zet Films, APT Entertainment and Kris Aquino Productions all of which have brought out their guns to ensure that it is a heartwarming, quality movie through and through. More than the big names attached to the film, “My Little Bossings” is a family film packed with lessons wrapped in humor, wit and laughter—exactly what we need in times like these.

“My Little Bossings” starts showing on Christmas Day as an entry to the 2013 MMFF. 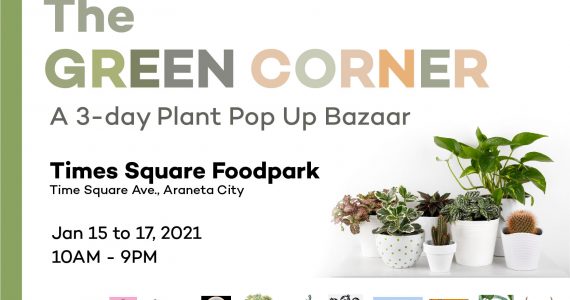 Team Orange 16 Jan 2021 0 comments Music
In 2020, Bryan Estepa released two new songs, continuing on from the success of his exceptional 2019 album Sometimes I Just Don’t Know. The second of those singles, ‘Admit Now,…

Team Orange 15 Jan 2021 0 comments Health
As we welcome the new year—2021, it might do well for us to look back, to take stock of the positive lessons that we can extract from what was an…