The new tagalized Asianovela features Crown Prince Lee Gak of Joseon whose wife, the Crown Princess, drowns. Suspecting his wife has been murdered, Crown Prince Lee Gak hires three men outside the court to act as his bodyguards to find the culprit. Mysteriously, they travel 300 years into the future and land in modern day Seoul in the rooftop apartment belonging to Park Ha.

While in the middle of solving the mysterious death of the woman he loved, a prince from the Joseon era (Micky Yoochun) unknowingly travels to present-day Seoul with a special team he put together consisting of Song Man-Bo (Lee Min Ho-1993), Woo Yong-Sool (Jung Suk Won), and Do Chi San (Choi Woo Shik). To his surprise, he runs across a woman that looks exactly like her. However, it’s not only the princess who has a modern-day doppelganger, but everyone including the prince himself. Although with difficulty, the men, with the help of Park Ha (Han Ji-min) who has traveled back to Seoul in search of her biological parents, try to fit into modern times while trying to reconnect with the past.

Watch the ABS-CBN full trailer below: 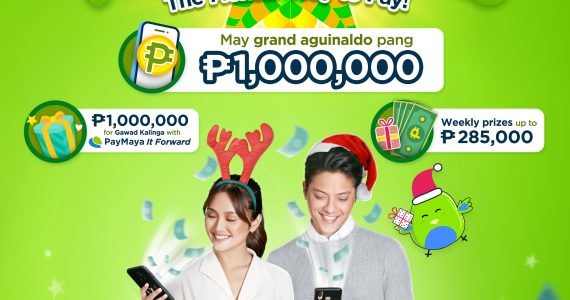 Team Orange 24 Nov 2020 0 comments
This Christmas, PayMaya is offering Filipinos more rewards as it launches its “PayMayaguinaldo” campaign, where users have a chance to win as much as 1 million pesos in the Grand…

Team Orange 24 Nov 2020 0 comments Concerts
DUA LIPA invites you to come with her to “Studio 2054” for a night of music, mayhem, performance, theatre, dance and much more on LIVENow. The “Studio 2054” show will…