Axinite Digicinema is set to release a thrilling lineup of movies this 2014 starred in by the finest actors such as Anthony Hopkins, Liam Neeson, Adrien Brody, Pierce Brosnan, Ryan Kwanten along with pop culture’s most talented dog Pudsey and an animation movie based on mmorpg’s most popular videogame. 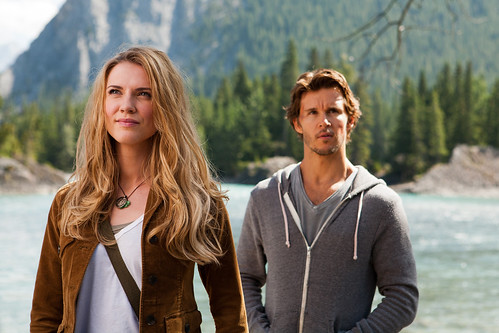 TV’s latest heartthrob Ryan Kwanten is a man who became famous for his flaws in the latest romantic comedy, “The Right Kind of Wrong.”  Kwanten plays Leo Palamino, a failed-writer-turned-dishwasher made famous for his many flaws and shortcomings in a blog called “Why You Suck,” a huge Internet success written by his ex-wife.  Then Leo meets Colette, the girl of his dreams… on the day she is marrying the perfect man.  And so, the ultimate underdog story begins as Leo, a fearless dreamer, risks all to show Colette and the whole wide world all that is right with a man famous for being wrong. 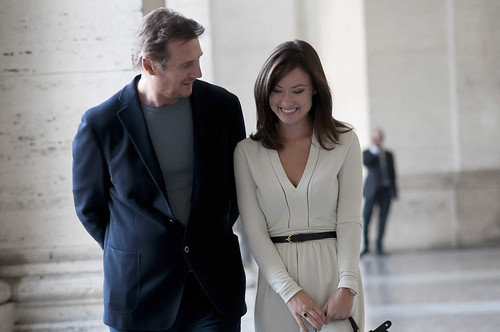 Liam Neeson stars in his latest thrilling role in the romantic thriller “Third Person.”  Directed and written by Paul Haggis, the movie is about three couples in different cities: Rome, Paris and New York.  This intelligent and intriguing film exposes the sensitive truth about human nature – Neeson plays a Pulitzer-prize winning novelist trying to work on his story about love.  His lover, played by Olivia Wilde meets up with him in his hotel in Paris while his wife played by Kim Basinger, patiently awaits his return back home in the U.S. from writing his story.   James Franco and Mila Kunis adds mystery to the mix as estranged couple fighting for the custody of their only child.  While Brody’s character is a shady American businessman who decides to help Moran Atias’ gypsy character rescue her daughter from the mob. 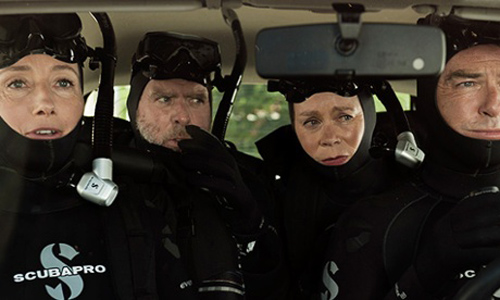 Pierce Brosnan and Emma Thompson star in “The Love Punch” directed by Joel Hopkins, a comedy centered on a divorced couple who undertakes a robbery to recover the retirement money that was stolen from them.  Brosnan plays Richard, a financial something-or-other facing bankruptcy a week before retirement. A corporation has come in and wiped his company’s pension fund. They’re joined in the chase by rogue-ish ex-serviceman Jerry (Timothy Spall) and his gently nutty wife Penelope (Celia Imrie), who says rude words and gets a bit randy. 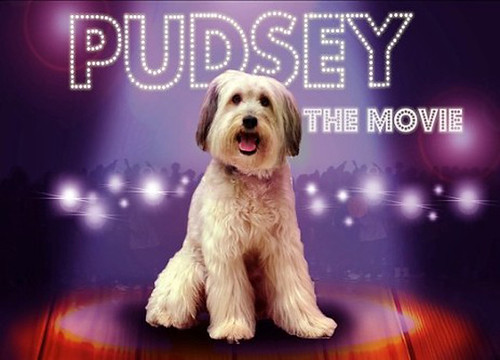 Pudsey, 2012’s winner of Britain’s Got Talent leaps to a new breed of adventure as he stars in his first film: “Pudsey: The Movie” directed by Horrid Henry. Simon Cowell’s Syco Entertainment is producing the movie that tells of a heartwarming tale of friendship and courage centering on a city dog moved to the countryside with his new loving family. Pudsey comes across a number of eccentric characters and has to save the day. David Walliams will provide the voice of Pudsey which also stars Jessica Hynes, John Sessions and Luke Tittensor. 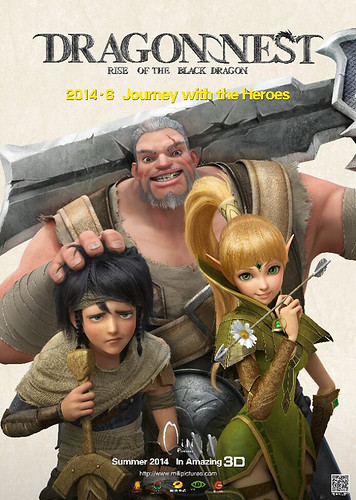 Video game developer Shanda Games, Eyedentity Games and Mili Pictures join forces to produce the widely popular MMORPG , Dragon Nest.  Adapted for the big screen, the movie “Dragon Nest: Rise of the Black Dragon” is directed by Yuefeng Song and tells  the journey of a young warrior to defeat the evil Black Dragon.  The movie is the first part of the “Dragon Nest” trilogy set 50 years ago (from real time in game) when a black dragon appeared in the once peaceful land of Altera.  Under the order of the King, the young Geraint, Argenta, Velskud and other legendary heroes assembled various forces to form the Dragon Slaying Alliance. This incident was widely referred as the First Dragon Invasion by the generations to come.

“28 Days Later” meets “Die Hard” in the horror apocalyptic thriller “Tower of the Dead” helmed by filmmaker Ross Boyask.   In “Tower of the Dead,” a group of highly trained armed response team is tasked with breaching a fortified tower block and interrogate a notorious arms dealer in order to capture a dirty bomb terror suspect.

“Kidnapping Freddy Heineken” trails the real story behind the abduction of one of the wealthiest man of his time.  Based on true accounts, the film’s star-studded cast is headed by Academy Award winner Anthony Hopkins in the title role.  The movie also stars Jim Sturgess, Sam Worthington and Ryan Kwanten.  In this heist movie set in 1984, four childhood friends decided to pull off what would later be called “the crime of the century.”  The movie brings us inside within the planning, execution, rousing aftermath and ultimate downfall of the kidnappers of beer tycoon Alfred “Freddy” Heineken, which resulted in the largest ransom ever paid for an individual.