Acoustic balladeer TJ Monterde has officially released his sophomore self-titled album as announced by Polyeast Records. Slated for an album launch on May 22, 2016, 5:00 p.m. at the Eton Centris Walk, TJ’s new album is an incredible collection of all-Filipino pop-influenced melodies.

“I’ve always wanted to release an all-original and all-Filipino album and I even included a Bisaya (Cebuano) song which is also my mother tongue” TJ added as he hails from Cagayan de Oro.

While TJ blends sensitive songwriting and pop sensibility likened to his sultry hit “Ikaw At Ako” and mid-tempo ”Tulad Mo”, he said “All of the songs in this album are products of countless hours in the studio and just moments of waiting for that perfect melody to come out. Working with different arrangers and musicians have taught me a lot. And that has made me even prouder.” TJ shared.

Recently, TJ has released the album’s first single with a mellow vibe “Imahinasyon,” which is receiving notable acclaim and attention online, on radio and a music video which depicts romantic interest on YouTube and MYX Music Channel. 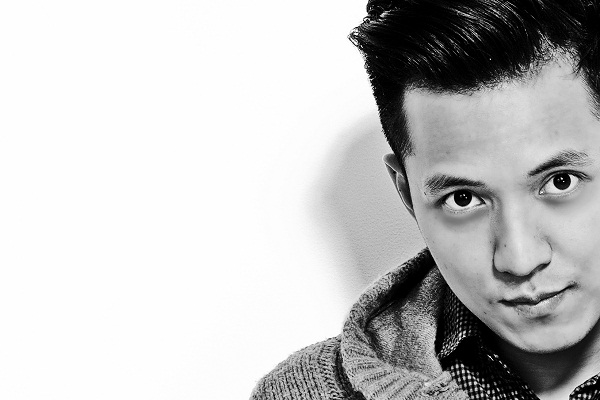 As his personal story is revealed in each song, 24-year-old songwriter recalled “It has always been my dream to produce a song with her (KZ). This song is somehow one of my favorites pero medyo matagal ko na siyang nagawa. For some reason, hindi ko siya natapos agad until she came and filled in the blank verses.”

“Songwriting-wise, siguro mas nag grow ako dito lyrically and musically. It’s been three years since the last one and along the way I found the definite turning point creatively where I felt very keen on my materials. With the recording process, PolyEast Records has provided me talented people to work with which also added more element.”

Despite his emerging fame with more upcoming events in and outside Manila, song releases, and exciting news, he mentioned “I feel very optimistic and thankful for the amazing response I have been getting for my second album, I’m looking forward to release all these tracks within the year and maybe do more, I’m happy about where I am right now.”

TJ burst into the music scene in 2011 through his viral YouTube videos. He started sharing his original compositions and reached a wide audience receiving rave reviews in the worldwide web. “Ikaw at Ako” became his signature song and officially debuted as the song for YouTube’s viral film called “My Super Fan Girl”.

Also nominated for Best New Male Recording at the 2015 Awit Awards, TJ has already received many accolades for his debut album “Ikaw At Ako” in 2013. Track like “Treat You Right” from the critically acclaimed album also appear in a TV commercial which dominated social networks, harnessing the power of Twitter and Facebook.

TJ Monterde’s songs are now available on iTunes. In support of the new album, watch out for additional information on TJ’s mall shows and live performances in the coming months.