Queen Bey is going to head with Adele in this year’s most awaited music event, the 59th Grammy Awards airing on February 13, Monday at 9AM on Jack TV, available through SKY on Demand via SKYmobi.

SKY on Demand is SKY’s platform for watching cable content online anywhere in the country and it is accessible via SKY’s mobile Internet service, SKYmobi.

Beyonce leads the pack of this year’s Grammy nominees with nine nods, sharing the three core categories – Album of the Year, Record of the Year, and Song of the Year – with another queen of the music industry, Adele, who has five nominations. Both are up for Best Pop Solo Performance. 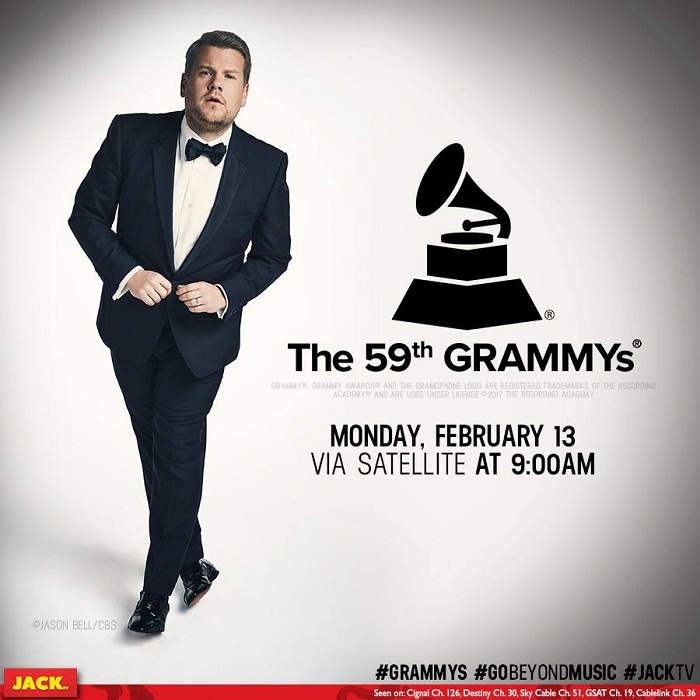 Meanwhile, Adele is also set to perform at the ceremony and is nominated in the Best Pop Vocal Album.

Bruno Mars and Lady Gaga are also expected to take the stage. Expected to add an emotional punch into this year’s show is a tribute performance in memory of Prince and George Michael.

The Grammy Awards started in 1959. It has seen the change in technology when it comes to music production and distribution. This year digital and streaming technology has reached the Grammy’s with the nomination of Chance The Rapper in seven categories for his ‘streaming-only’ first album “Coloring Book.” This, along with the nomination of Beyonce and Adele, brings to light the convergence of traditional distribution through CDs and records and digital distribution through streaming services and digital purchases. Beyonce released her visual album “Lemonade” first through streaming, while Adele released “25” through physical records.

Watch this historic Grammy ceremony on Jack TV on February 13 at 9AM. It can also be seen on Jack TV on SKY on Demand via SKYmobi. Choose from three SKYmobi plans – SKYmobi Plan 499, SKYmobi Plan 999, and SKYmobi Plan 1499 – and get ready to experience the power of internet and cable on a single device anywhere you go. SKYmobi is now also available in 4G-LTE-SIM only plans. Call 418-0000 or visit www.skymobi.com.ph to subscribe to SKYmobi Pocket WIFI now!