Ariana Grande & John Legend Debut New Duet In Final “Beauty And The Beast” Trailer Soundtrack To Be Relesed On March 10, 2017

Disney‘s final trailer for “Beauty And The Beast” gives a closer look at memorable scenes from Belle’s encounter with Gaston to her growing relationship with the Beast, all before the last petal drops.

The enchanting ballad, originally performed by Celine Dion and Peabo Bryson featuring eight-time Oscar-winning composer Alan Menken’s beautiful melody and two-time Oscar-winner Howard Ashman’s unforgettable lyrics, received an Academy Award®, Golden Globe® and GRAMMY Award, among other accolades, upon its release in 1991. The new rendition of the classic song is produced by GRAMMY-winning veteran Ron Fair, whose music career spans 37 years as a major-label record company leader and accomplished producer, arranger, recording engineer and musical director. Fair was brought in to produce by Disney’s President of Music & Soundtracks, Mitchell Leib, who also brought Grande and Legend to the project. The history of collaboration between Leib and Fair in film music goes back to the highly-successful “Pretty Woman” soundtrack. “Ron was the first and only choice to make this particular record,” says Leib. “No one is a better vocal producer and he also has a great understanding of the filmmaking dynamic.” 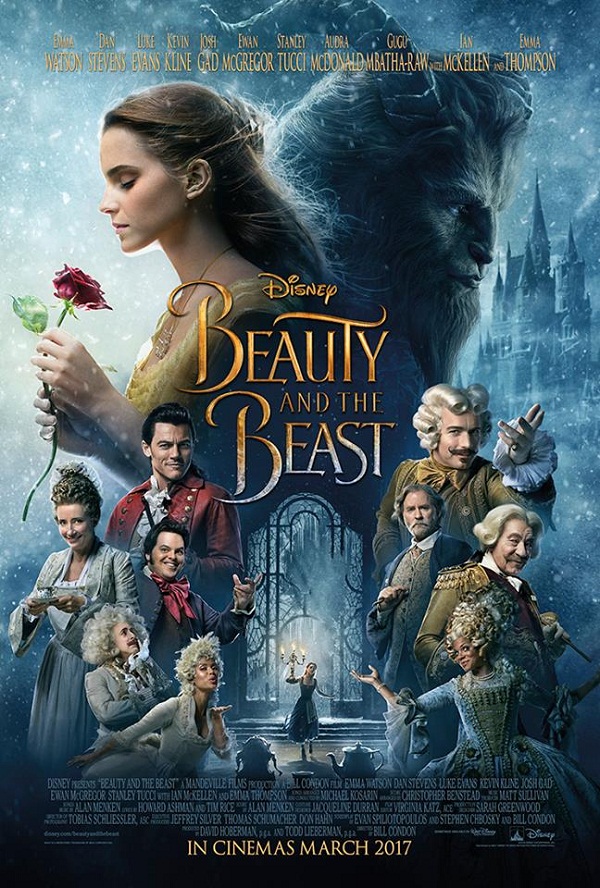 Says Fair, “Stepping into the shoes of an Oscar and GRAMMY Award-winning classic is not small potatoes. But with today’s two greatest plutonium singers – John Legend and Ariana Grande – we are bringing the song back with a new school-old school fresh treatment that shows the soulfulness and power of what a great melody and lyric can inspire.”

Celine Dion is also set to perform an all-new original song, “How Does A Moment Last Forever,” for “Beauty and the Beast.” The song will be included on the film’s soundtrack.

The original motion picture soundtrack will be released by MCA Music (Universal Music Philippines) on March 10, 2017.