After being introduced as ASUS Philippines ZenFone 4’s newest ambassador, award-winning TV and film actress Bea Alonzo takes on a new role in her very first online mini film, Never Let Me Forget, which is set to air on ASUS Philippines’ Facebook Page this September.

In the recent launch of the ASUS ZenFone 4 series, Bea Alonzo already gave her fans a hint on what they will anticipate from her first venture into online films. Fittingly titled Never Let Me Forget, the 2-episode online short plays on the idea of how fleeting yet delicate moments, when caught and treasured properly, allows the renewal of all kinds of relationships. It is also light and heart-warming story of healing found in well-cherished memories through the happiness that lie beneath the surface. 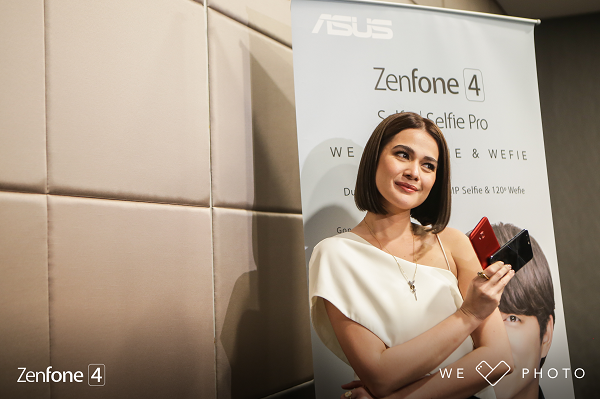 Never Let Me Forget is an artistic telling of Alette and Matěj’s tale, previous sweethearts who decided to part ways because of their very different worlds, and how the all kinds of moments shared in-between them help the would-have-been couple to endure and eventually rekindle. Alonzo, who is rightly crowned as the Movie Queen of her Generation, is set to play the role of female lead Alette, alongside Matěj Loub, a Czech sweetheart who is currently based in the Philippines, who will be the playing the unique role of himself.

When asked about her thoughts on doing her first venture into the world of online films with ASUS Philippines, Bea expressed her excitement about getting to combine her love for acting and her passion to endorse a good product all at once. “It’s a good thing because I get to do two things that I love at the same time,” Alonzo affirms.

The first episode of Never Let Me Forget is set to air on September 1 at 9:00 p.m. via ASUS Philippines’ Facebook page.

Get ready to catch more moments and the latest innovation from the one of the leading tech industries in the world for the pre-order mechanics and the list of participating dealers for ZenFone 4, which runs from August 19, 2017 and extends to September 10, 2017, proceed to the ASUS Pre-order page.

For more information on the ZenFone 4 and its entire family, as well as the latest from the greatest,head on over to ASUS Philippines’ Official Facebook Page and ASUS ZenTalk Forum.