Bryan Adams achieves 16X Platinum in recognition for the outstanding combined sales performance of his various catalogue, including his brand new album “Get Up”; contributing over 200,000 units in physical and digital formats in the Philippines. 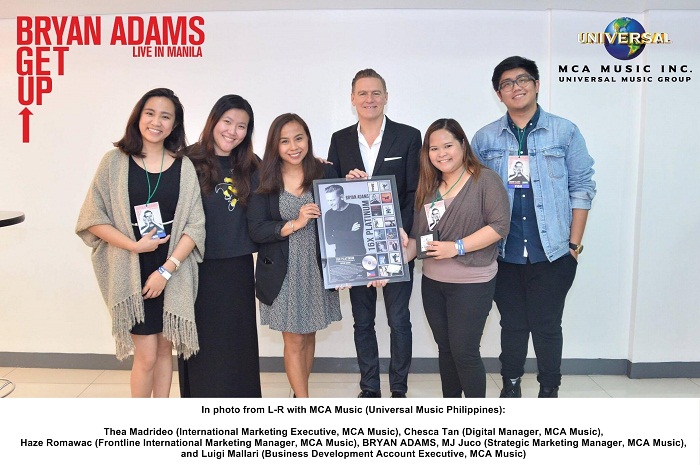 Last January 18th, the Canadian singer-songwriter rocked the Araneta Coliseum as he returned to promote his most recent album, “Get Up”. He first visited the Philippines in February 1993 when he performed at the Folk Arts Theater. 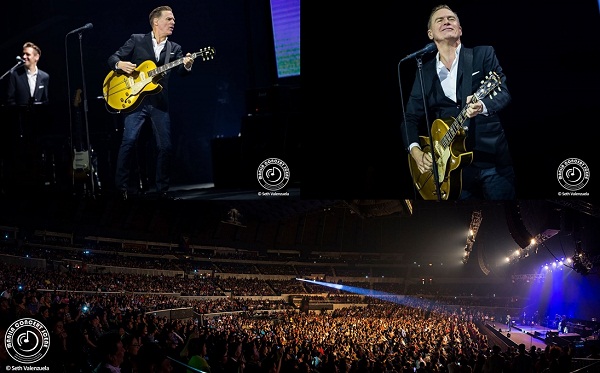 Wilbros Live, the event producer, gave a memorable and nostalgic night to all fans of the multi-platinum artist. Among the songs part of the set list were Bryan Adams’ string of hits including Heaven, Please Forgive Me, Everything I Do (I Do It For You), All For Love, Straight From The Heart, When You’re Gone, Summer of ’69, and Have You Ever Really Loved A Woman.

Bryan Adams’ “Get Up World Tour” features up-tempo rock tunes from his long-awaited thirteenth studio album, “Get Up.” Produced by Jeff Lynne of Electric Light Orchestra fame, the new album is a project co-written with Adams’ long-time collaborator Jim Vallance. “Get Up” is composed of nine new songs – along with four acoustic bonus versions, including the singles You Belong To Me, Don’t Even Try, Do What Ya Gotta Do, and Brand New Day.

“GET UP” DELUXE EDITION – the brand new album from BRYAN ADAMS is now available on digital stores via https://getmusic.lnk.to/GetUpDeluxeEditionPR.

“THE BEST OF ME” – Bryan Adams’ Greatest Hits album is also available in CDs at Astroplus/Astrovision or on digital stores via https://getmusic.lnk.to/TheBestOfMePR.