In Sheron Dayoc’s “Bukod Kang Pinagpala,” a young lady, played by Max Eigenmann, struggles with the demented religious fanaticism of her mother, played by Bing Pimentel, who it seems cannot discern between pious fervor and demonic possession. The daughter seeks help for her mother’s behavior, but as days go by, their relationship turns from harrowing to horrific, and strange incidents are beginning to happen inside their house. This exciting film also stars Lou Veloso, Lui Manansala, Kiko Matos and Paolo Paraiso. 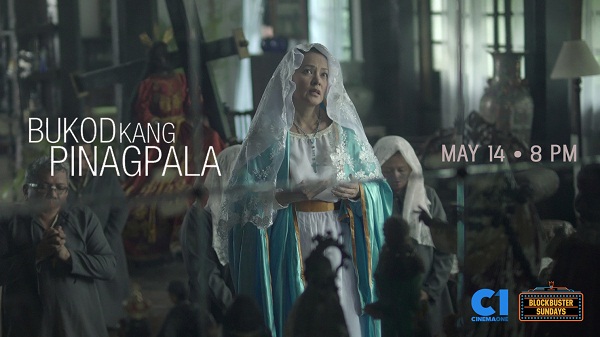 Another Cinema One thriller this month, “Intruders,” stars Jun Suk-Ho as Sang-Jin who decides to go to a cabin in the mountains to concentrate on finishing a screenplay in peace. At a village he happens to meet a man who just came out of prison named Hak-Su, played by Oh Tae-Kyung. After setting into the beautifully isolated, closed down B&B, various unexpected characters pass by the place, and later, Sang-jin comes out for fresh air only to find dead bodies in the area.

“Seklusyon,” which dominated last year’s MMFF and bagged the best screenplay and best director award for Erik Matti, is another must-watch film this month. The movie is set in the 1940s and is about a ritual of seclusion where priests in training confine themselves in a retreat. Isolated in the retreat house, they are now left to confront their inner demons and the arrival of a nun and a child. The movie stars Ronnie Alonte, Dominic Roque, Lou Veloso, Neil Ryan Sese, Phoebe Walker, Elora Espano and Rhed Bustamante.

“Bukod Kang Pinagpala” airs on May 14, “Intruders” on May 21 and “Seklusyon” on May 28, all on “Blockbuster Sundays” at 8PM. Cinema One is available on Skycable channel 56, Destiny Cable Analog 37 and Digital 57.