“Cinema Classics” aims to bring people back in time by showcasing some of the best films in Philippine cinema. This is the second installment of the project following its successful and first run last January at the UP Town Center Cinemas.

“It’s nice that the children of this generation would be able to watch this beautiful movie. It’s really something to remember. It’s actually a celebration,” said Richard, who won a Best Actor award from the 1992 Gawad Urian for his performance as Gabriel in the film.

“I saw some snippets while it was being restored, and it was as if it was just shot yesterday. It was beautiful. Before the scenes were dark, but now it’s really clear,” said Dawn, who won a Best Actress award from FAMAS in 1992 for her portrayal of Carmina. 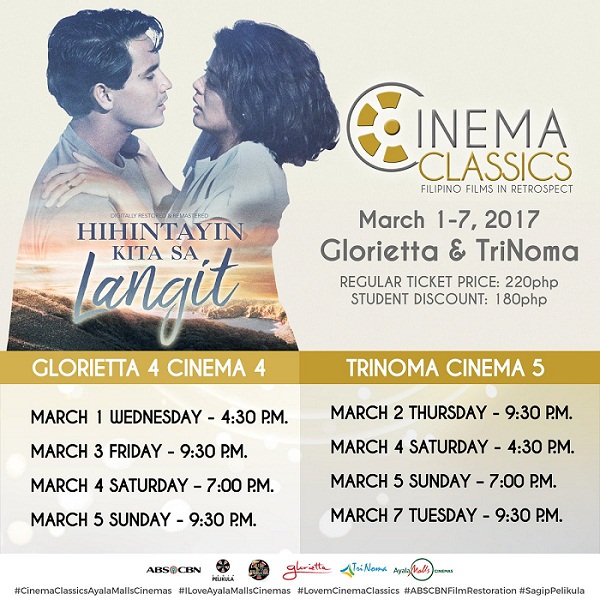 Head out to Glorietta and Trinoma to watch these digitally restored and remastered films from Wednesday (March 1) to Tuesday (March 7). Tickets cost P220, with a discounted rate of P180 for students. For the full schedule, visit www.facebook.com/filmrestorationabscbn on Facebook.