StarStudio Magazine features the “My Ex and Whys” blockbuster star, Enrique Gil, as he gives an exclusive tour of his private beach house and divulges never-before-heard accounts about his life in the magazine’s March issue.

Join Enrique as he takes readers to his five-storey family rest house in Anilao, Batangas with a breathtaking view of the beach and the mountainside.

In a tell-all interview, Enrique talks about his greatest lessons on life and career. The actor is celebrating his 25thbirthday on March 30.

He also sets the record straight on the real score between him and his ‘Miss Universe’, Liza Soberano. 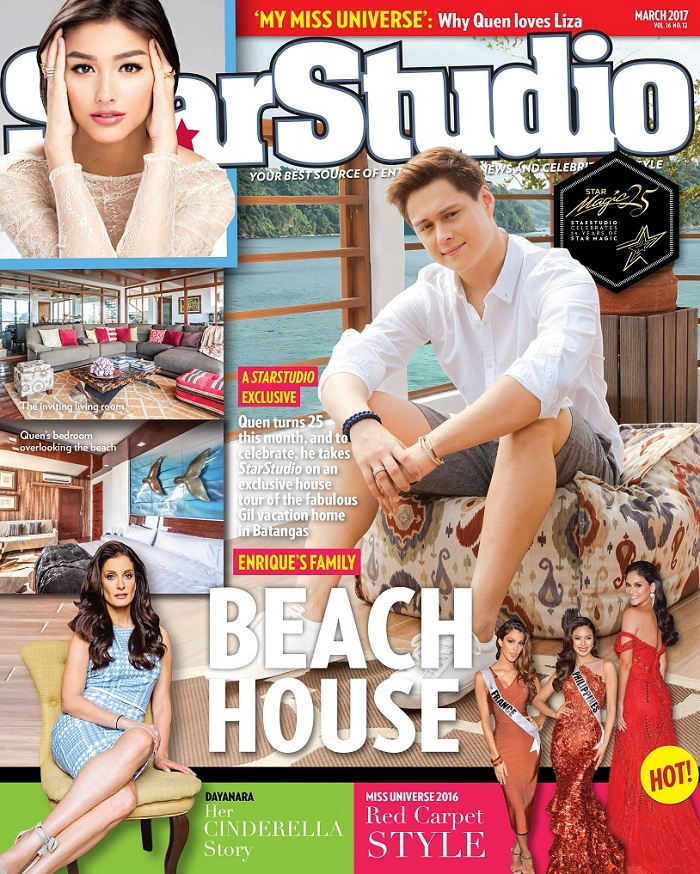 From ‘King of the Gil’ to ‘Dancing Queen’, this issue also features Miss Universe 1993 Dayanara Torres who shares her fairytale journey to becoming a beauty queen.

Readers will get tips on how to look hot this summer as the magazine bares the current fashion styles of several celebrities.

All these and more in StarStudio’s March 2017 issue, available from ABS-CBN Publishing in bookstores and newsstands nationwide.