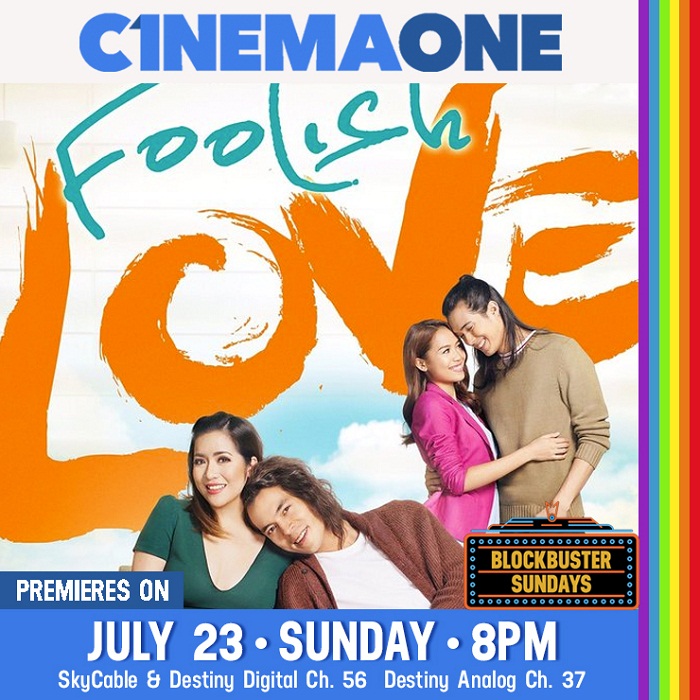 Three female friends face diverse relationship goals in the film. One of them is Virginia (Angeline) who is nearing her thirties and is becoming extra anxious to meet her match. She meets Rey (Jake), who has the same name as the man in her dreams, and eventually goes on a funny, foolish adventure with him.

Cinema One is the leading cable channel in the Philippines. Its programming includes a line-up of mainstream and independent local and foreign films, film related programming, and original content for television.

Let Cupid surprise you in “Foolish Love” on Cinema One’s Blockbuster Sunday (July 23) at 8PM. Cinema One is available on SkyCable and Destiny Cable Digital Channel 56, and Destiny Analog Ch. 37.