Award winning actress Gelli de Belen, believes that versatility is one of the secrets to longevity.
​As an actor, she is equally adept in both comedy and drama. She takes pride in being able to dabble in both genres. However, she does not think it is necessary to be good in both when you can be a master of one. But to be able to do comedy and drama allow for more opportunities.

Gelli had her television debut in 1994 as a mainstay of the sketch comedy show Tropang Trumpo, which aired on ABC 5 (now known as TV5). A year later, the Manunuri ng Pelikulang Pilipino named her Best Actress for the movie The Secrets of Sarah Jane: Sana’y Mapatawad Mo, in which she played a woman with AIDS.

​Gelli has been in the business for 29 years. And she has built quite an impressive resume, thanks to her versatility as an actress.

​​Her adaptability for any given role assigned to her has opened many doors over the years, one of which led her back to ABS-CBN in 2015. 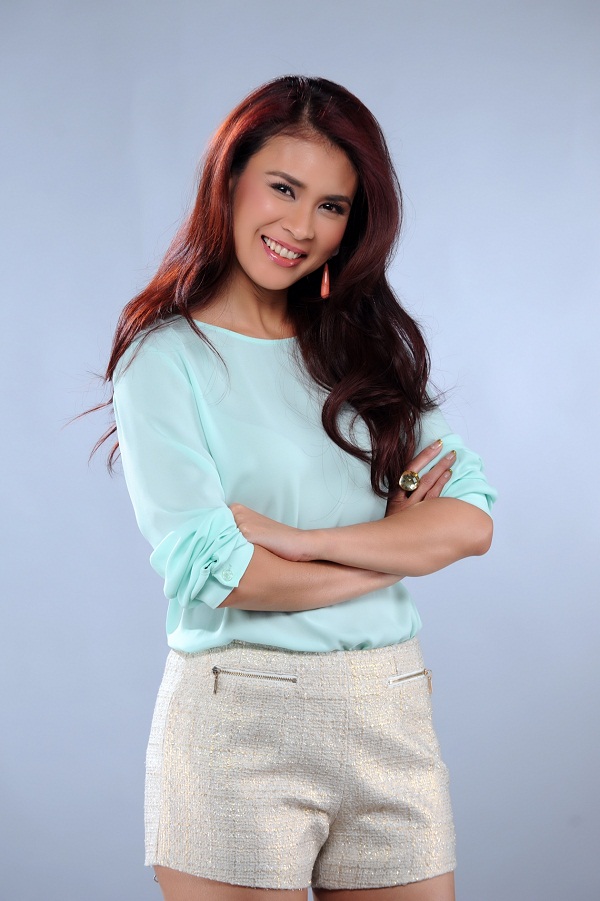 Her first hosting job on TV was for the defunct noontime show ‘Sang Linggo nAPO Sila.’ After it went off the air in 1998, Gelli switched networks twice. First she went to GMA Network and stayed there for several years before moving back to ABC 5 (which had become TV5 by then). But now that Gelli’s back with ABS-CBN, it’s clear that she’s thriving personally and professionally.

​“I was excited to be working with ABS-CBN again after a long time. I felt a bit anxious too because I knew I’d have to adjust to a relatively new environment again,” she says. “But I said yes to becoming a Kapamilya kaagad because I’m always willing to work and try new things. I felt a sense of nostalgia when I walked the halls of ABS-CBN again. I kind of grew up there. I started working there when I was fifteen years old until I was twenty-four, so of course I was very happy to be back. It felt great to see my old colleagues and friends again. It was fun to meet new faces as well.”

On working exclusively for major networks, Gelli explains the pros and cons. “I think there are pros and cons to being signed exclusively with any network for us old-timers (hehehe). The pros would be being secure that you have a job for the length of your contract, that you are relevant enough for them to invest on you and that raises your status as an actor, so to speak. Cons would be, not being able to work elsewhere, I guess options and opportunities are limited as well since unlike the younger actors, we the older ones would have more roles open to us since we usually do not play the lead as much, so more roles are available. Not having an exclusive contract would give us the freedom to choose more roles and work for any network. So for me, at this point where I think I have established myself already, I prefer not being exclusive to any network.”

​​Since returning to ABS-CBN, Gelli has done two teleseryes FPJ’s Ang Probinsyano and Magpahanggang Wakas, the latter of which saw her play against type.

​“It felt great to have been part of such exceptional shows,” Gelli enthuses. “Especially when I did Magpahanggang Wakas. My role on that show was my first as a full-on antagonist, and I loved doing it. I have to admit that it was a big adjustment for me, but I welcomed the challenge and I hope I did justice to the character I was given.”

​“Daniel is a sweetheart. His Mom Karla Estrada brought him up well. He is a natural. I think he was born to be a star,” she says.

​Gelli is having the time of her life on La Luna Sangre and says she’s open to doing fight scenes should her character get caught up in the war brewing on the show between humans, werewolves and vampires.

“I hope for my character to continue to be the grounding factor to keep Tristan’s fearlessness in check. I’m looking forward to seeing Betty evolve and grow as a character. Of course I’m open to doing fight scenes. It will be challenging but I do miss doing scenes like that. It has been a while since I did action. I’d like to see if I can still handle such scenes in the event I’m called upon to do them.”
Gelli shares that she’s also thinking about doing an independent film in the future. Right now, however, she’s still looking for the right script.

“Of course I’m open to doing films again. I did a short film and an advocacy film recently and I’m also willing to do indies. Right now I’m not sure what kind of film I want to do or who I want to do it with because there’s an infinite amount of possible plots and stories, ‘di ba? But siguro as long as it’s interesting, I’ll do it gladly.”

“Hosting is another passion of mine and I am grateful to have been able to learn a lot from my hosting stints. As a host, I can express myself as me and address the audience directly, as opposed to acting where I become someone else. Hosting is one of the things I love most about this business, so I’d love to find a way to do it again now that I’m a Kapamilya.”