The holiday season is a time for giving. For celebrity chef Rolando Laudico or Chef Lau for short, giving means preparing a home-cooked meal a seven-to-ten course meal at that!

As one of the foremost names in the local culinary scene, Chef Lau is known as an extraordinary cook, a creative restaurateur, and a rock star in and out of the kitchen. Despite the busy season for his catering and restaurant businesses, he makes sure to give his loved ones a gift that’s extra special. “I usually host the Christmas Eve dinners, and if we’re home, the New Year’s Eve dinners for my family at our place,” he says. “I basically cook everything! Instead of giving them individual gifts, that’s my gift for all of them.” 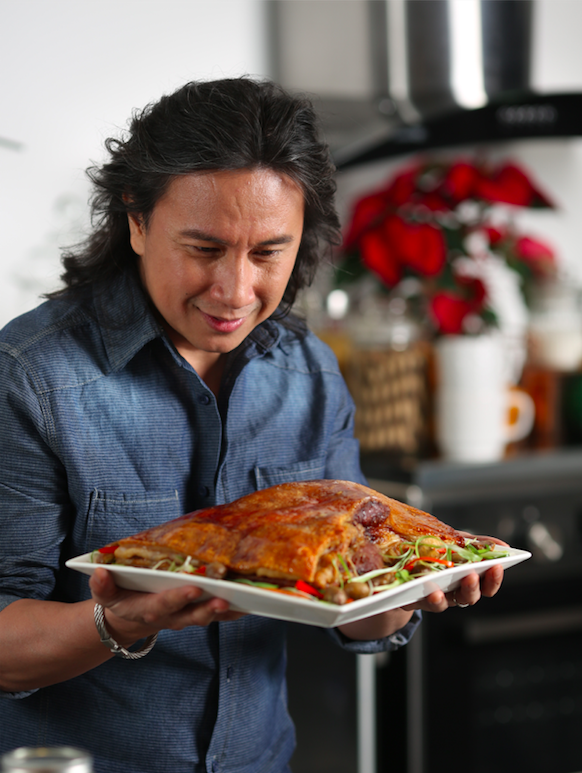 His typical menu for these family gatherings? “There must be some sort of lechon, so I’ll roast a suckling pig or a pork belly, plus do other roasted dishes like beef and turkey,” shares Chef Lau. “We’ll have a festive rice dish like paella or risotto, and pasta as well. And there’s always seafood like a fresh whole fish, which I either bake, steam, or grill.” His wife, Chef Jackie – who is known for her pastries and patisserie – will make the desserts.

The New Year’s Eve “midnight dinner” or Media Noche is a special affair at the Laudico household. One that is a true labor of love. It begins with an early morning trip to the market to buy fresh produce and ingredients. The husband and wife duo then starts to prep their respective dishes as soon as they get home. Chef Lau says, “Some dishes that I make are quite traditional, but some I like to put a twist using different ingredients. So aside from what’s fresh and available in the market, I’ll use whatever’s in my pantry or my refrigerator.” He typically spends the rest of the day prepping then cooking an assortment of dishes, depending on what his family requests for him to cook.

For this year, Chef Lau plans to prepare dishes that are staples in Filipino parties, but to which he has added his own unique spin. Two of these dishes are the Embutido Lasagna Roll, a new twist to the usual embotido wrapped with lasagna noodles, and baked with a lot of cheese; and the Pork Bellychon with Castanas Liver Sauce. 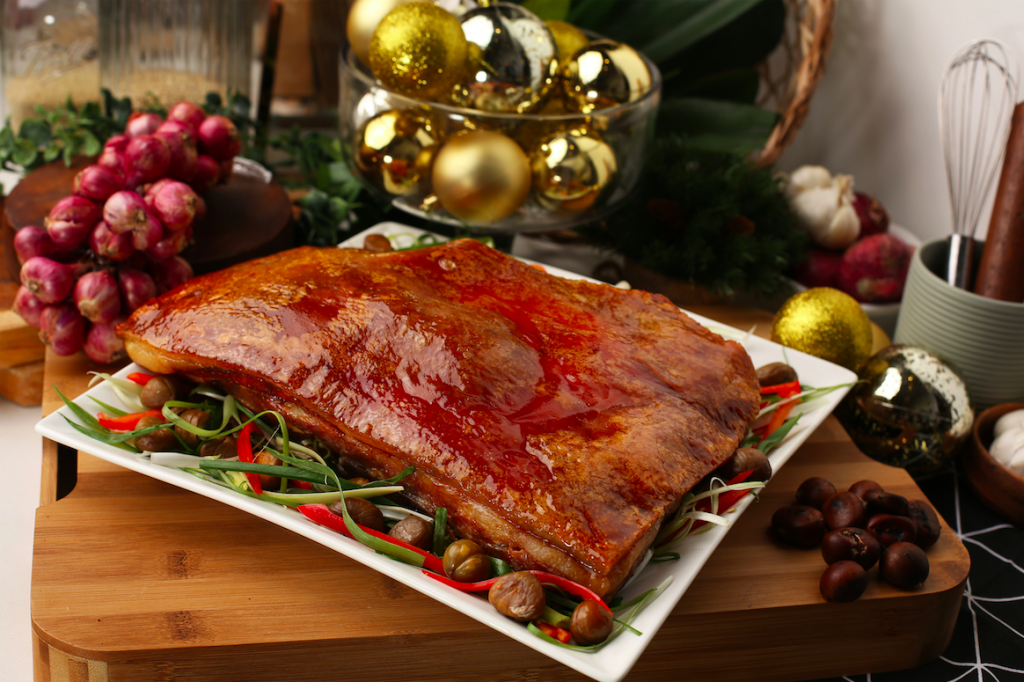 Chef Lau is very much in his element while in the kitchen, cooking up a feast. He considers his cooking range a trusted old friend. “For me, a cooking range has to be powerful and precise at the same time,” he shares. “I use a lot of cooking methods from searing to slow cooking. I braise, I broil, so it’s important that the stove and oven range I use delivers heat consistently.”

“For example, if you’re cooking lechon and the heat distribution isn’t even, your roast won’t brown evenly as well.”

Over the years, Chef Lau has tried and tested a brand that is made in Italy and loved in Filipino homes. “I learned how to cook in my mother’s kitchen using a La Germania, and I think it’s still around! The La Germania is indestructible!” In fact, La Germania has been a part of his journey as a chef since he was a young boy of seven up to becoming the culinary powerhouse he is today. “Chef Jackie and I also used La Germania to start our catering business 17 years ago – I remember it was a five-burner stove and oven, which still works up to now,” adds Chef Lau. 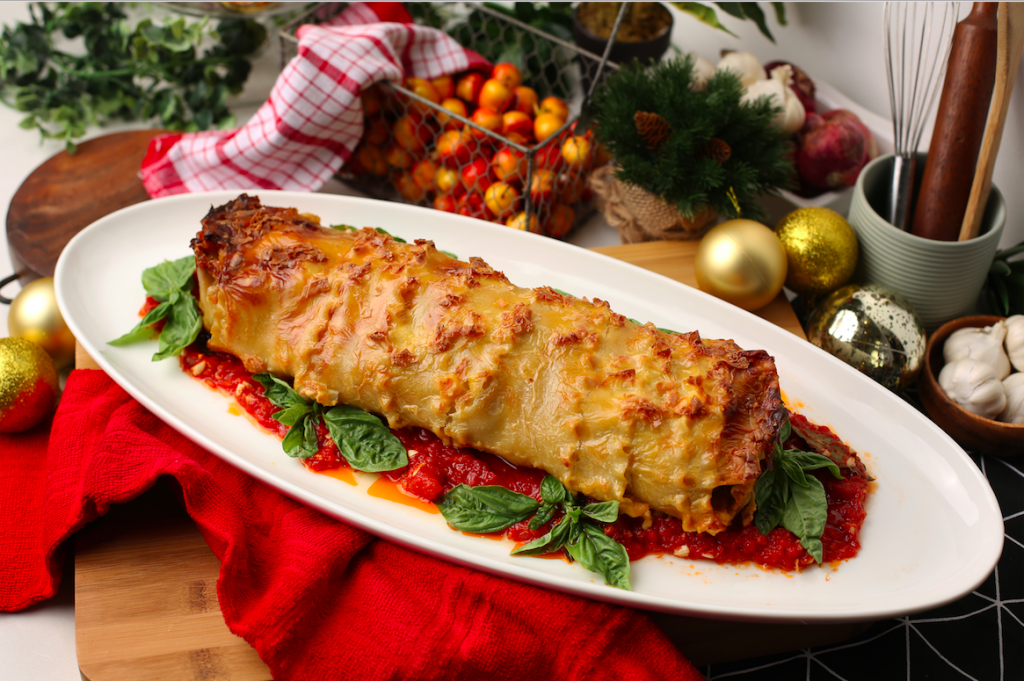 For Holiday dinners, Chef Lau says: “do prepare ahead. The less stuff that you leave for the last minute, the less stress for you and more time you can spend with your family. For my wife and I, as soon as we buy the ingredients from the market, we prep them right away so as dinnertime nears, we can cook the dishes fast. Also, be able to multi-task and cook more than one dish at a time. You can do this easier if you have a good-sized stove with several burners and a large oven. Lastly, cook something that you know and are comfortable making. If you’re doing a new dish, do practice beforehand so there’s no more guesswork.”

This year, gift your family and loved ones a delicious and memorable Media Noche straight from your own kitchen – with the help of trusted names in the culinary scene.

For more info on Bertazzoni La Germania, go to ph.lagermania.com