Having started at a very young age in theater, our very own Lea Salonga is definitely the first person that comes to mind for many Filipinos when musical theater is talked about.

After a plethora of characters portrayed, including the red-haired ‘Annie’ when Lea was all of 9 years old, it was her phenomenal casting and portrayal of the lead role of Kim in the musical ‘Miss Saigon,’ that earned her international acclaim and various awards such as the Tony, Laurence Olivier and Drama Desk, among others. Only 18 at that time, her role is still one of the most coveted and challenging ever created in the music theater canon. 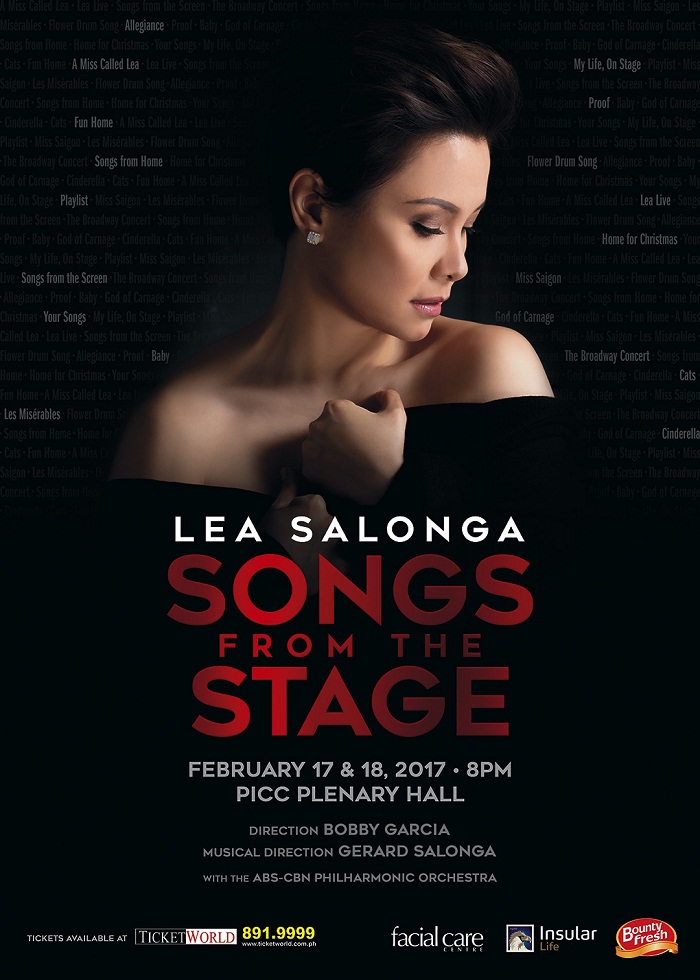 This coming February 17 and 18, a magicalrepertoire of muscial theater songs will once again fill PICC’s Plenary Hall as Ms. Lea Salonga returns to the concert scene with ‘Songs from the Stage.’

‘This is the first exclusively musical theater concert we’ve done since 2002, which is quite a long time – fifteen years! So many new shows have been produced since then and this will definitely be a great opportunity to pay those new musicals a visit. At the same time, we’ll do older shows that we’ve not really visited yet,” quipped Lea.

She likewise shared that music by Sondheim, Lloyd-Webber, Miranda, Bareilles, King, plus songs that the public never thought were in musicals will all highlight this much-awaited concert. ‘The jukebox medley is one I think we’ll all enjoy,’ Lea exclaimed.

She added, ‘I’m just excited to be sharing a lot of musical theater with the audience. It’s not always thought of as a hip art form, until a show called ‘Hamilton.’ This unique art form is a great entry into learning one’s history and culture, and to be a practitioner of it, in whatever way, is always enjoyable and exciting!’ 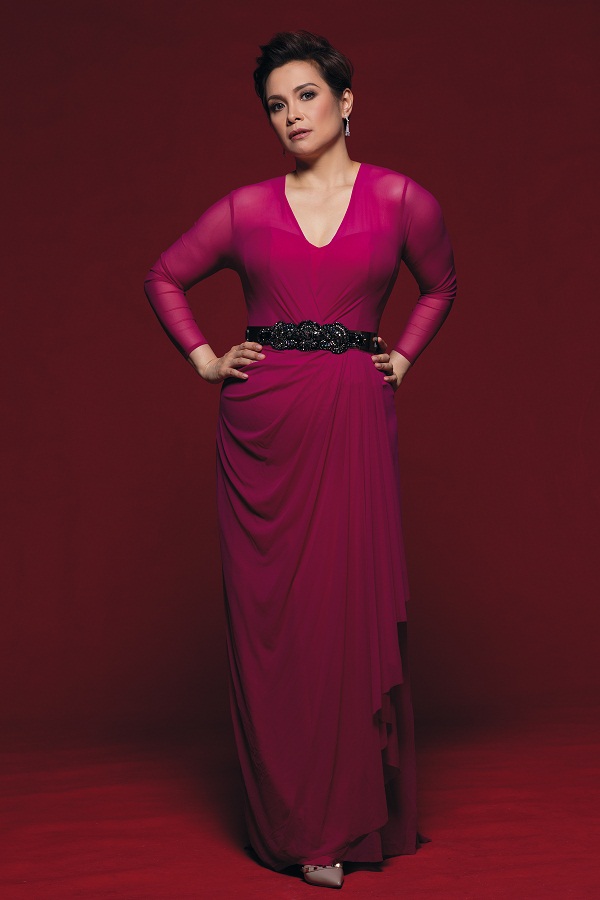 Having toured all over the world, performing sold out concerts in such amazing venues as the Disney Concert Hall in Los Angeles, Singapore’s Esplanade, Carnegie Hall in New York, and very soon, the Sydney Opera House, truly excites Lea. But performing in front of her countrymen is always something she looks forward to with bated breath. ‘It’s home. I get to sing in front of the home crowd and there’s really nothing like it!’

‘Songs from the Stage’ runs at PICC’s Plenary Hall on February 17 & 18 at 8:00pm. It is directed by Bobby Garcia with musical direction by Gerard Salonga, and features the ABS-CBN Philharmonic Orchestra.