The movie poster of the action-packed YA third of a series “Maze Runner: The Death Cure” has just been dropped hinting catastrophic blow with its caption that reads – Every Maze Has an End. 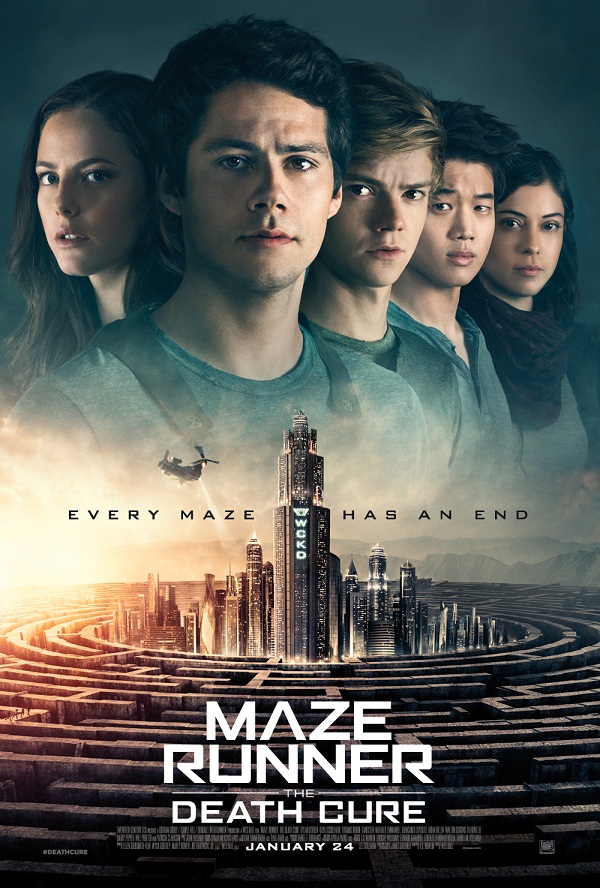 “Maze Runner: The Death Cure” is the epic finale of the YA blockbuster franchise where Thomas leads his group of escaped Gladers on their final and most dangerous mission yet.  To save their friends, they must break into the legendary Last City,   a WCKD-controlled labyrinth that may turn out to be the deadliest maze of all.  Anyone who makes it out alive will get answers to the questions the Gladers have been asking since they first arrived in the maze.

Opening on January 24, 2018 in Philippine cinemas nationwide (also available in IMAX screens), “Maze Runner: The Death Cure” is a 20th Century Fox feature film to be distributed by Warner Bros.