It’s a partnership that was destined to happen.

It comes as no surprise that the accomplished actress, beauty queen, entrepreneur and devoted mom would soon entrust her showbiz and business dealings to one of her best friends.

Ruffa exclaims, “I’m really inspired and excited to be joining ALV’s management team. Arnold and I have been friends forever and we get along really well. We have the same vision in terms of where else I can go in terms of my career. I’m also thankful that he and my mom [Annabelle Rama] get along very well. It was actually them that told me about their agreement. If both of them join forces and I behave, then only good things will come. I feel positive about this partnership.” 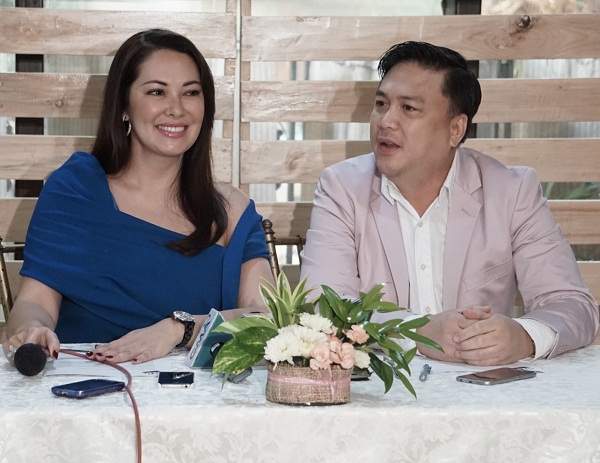 And what expectations does she have from this partnership?

“As a manager, I know that Arnold will keep my best interest at heart. He wants me to develop, grow and succeed in all aspects. If we have mutual respect, love support for each other, then I know this partnership will transcend past business. I already have a big, strong, supportive family, but I know Arnold will be my family too. And what’s most important is that mom trusts him too,” she adds.

For his part, Arnold is optimistic about harnessing the unlimited potentials of their synergized creative and business ventures.

He says, “Through all the years that I’ve known her, it’s gotten to a point where we read each other well, and be intuitive about each other’s personal and business dealings. I’m excited about turning her unfulfilled dreams to reality.”

These days, Ruffa finds her hands full producing and shooting Season 5 of their award-winning reality show “It Takes Gutz To Be A Gutierrez” (which bagged the 28th PMPC Star Awards Best Reality Show Award).

She also co-hosts as Ruffaree on Eat Bulaga’s Jackpot En Poy segment every Tuesdays and Thursdays.

The first-time author also takes great pride in her bestselling book, “The Truth and Lies My Mother Told Me,” published by ABS-CBN Publishing.

Asked for the latest developments in their reality show, Ruffa shares, “We are pleased to announce that we are number one on E! Asia. Super grateful! Showing every Monday on E! 8:30 p.m. in more than 28 countries in Asia. Sarah and Chard are engaged, I just bought a Gee house, and there’s a new addition to the family [Baby Ezra]. We’re planning Season 6 already! We are up significantly in ratings in the Philippines and Singapore.” 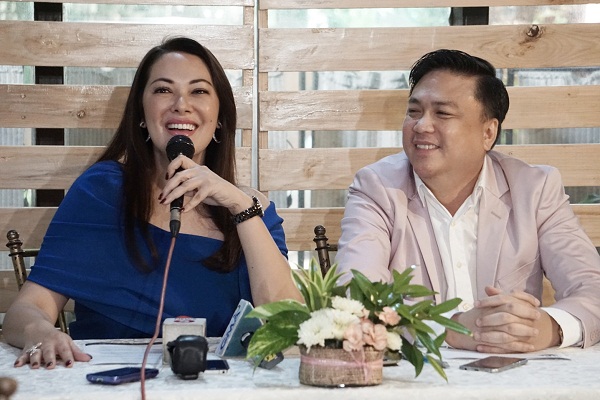 Despite her accomplishments, Ruffa confesses that she still has a lot of unfulfilled dreams as an actress.

She confesses, “There’s so much more I want to do as far as acting and hosting is concerned. I would like to host either a game show, reality show and bring back the glory days of the talk shows! As far as movies, I want to do love stories, comedy and horror! Be in a film that will be shown in a film festival abroad.”

Her recent movies also include Maybe This Time (with Coco Martin and Sarah Geronimo); Girl Boy Bakla Tomboy (with Vice Ganda); and The Mommy Returns (with Pokwang).

Apart from her creative and artistic endeavors, the stunning beauty also takes great pride in her entrepreneurial ventures.

She proudly beams, “I launched the LOVE COLLECTION in 2012 and 2015 with Rajo Laurel. It’s a capsule kiddie chic collection with my daughters Lorin and Venice. Rajo is one of my dearest friends, so the subject of making another line in 2018 came up, and it’s bound to happen soon! Another exciting line (beauty-related) is already in the works, so watch out for this in early 2018!”

And of course, everyone knows how much of a devoted and hands-on mom she is to her two daughters, who are now teenagers.

Ruffa muses, “Life as a single working mom has its challenges, but the rewards overshadow them. My girls are now teenagers. I can’t believe how fast time flies! They are already being spotted by producers and advertisers. As long as they concentrate on their studies, they can accept otters from time to time. They are currently in It Takes Gutz as well.”

Like most celebrity influencers, Ruffa prides herself in being social media savvy. But just how much does she divulge online?

“I’m active on Instagram, Facebook and Twitter. Social media can break you, harm you or help you. Think before you click. I make sure not to overshare, but also try to remain authentic and real,” she advises.

As a former beauty queen, the former Miss World 1993 2nd Princess has nothing but rave reviews for the turnout of this year’s pageant, which incidentally was also produced by her new manager.

She remarks, “I’m honored to have been a judge in this year’s Miss World Philippines pageant. Gone are the days that only one or two girls would stand out. In a sea of beautiful overachievers, we chose the best ones to represent the country. It was a difficult process with deliberations, but I’m happy with the results.”