Be part of the exclusive MYX Squad and follow in the footsteps of previous winners like Robi Domingo, Chino Lui Pio, Joyce Pring and Robin Nievera as the highly anticipated MYX VJ ssSearch is back this year to look for fresh, new members to join their team.

The MYX VJ Search 2017 is looking for aspiring hosts ages 18 to 25 years old who have what it takes to become the next VJs. The winners will join the MYX Squad with current members Robi, Sharlene San Pedro, Jairus Aquino, Ai dela Cruz, Tippy dos Santos, Alex Diaz, Sunny Kim, and Donny Pangilinan in hosting various entertaining shows on the music channel. 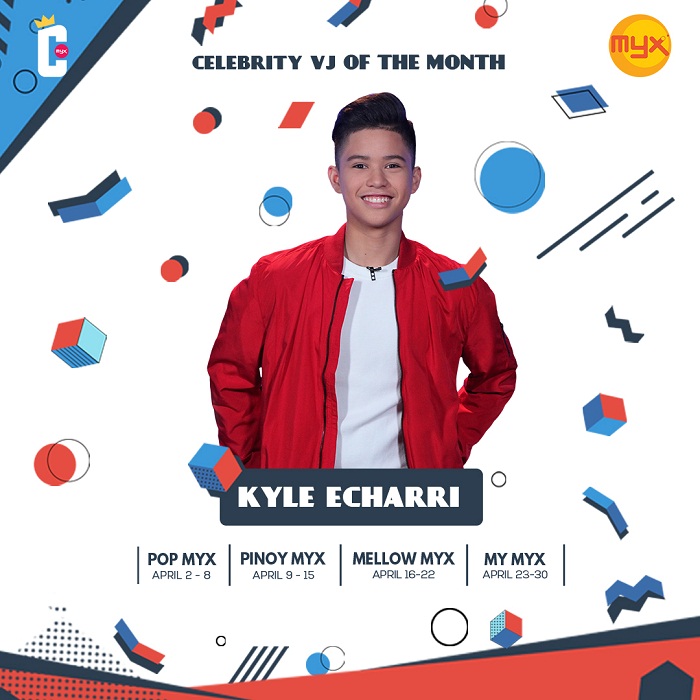 This exciting competition will be aired on MYX starting April 22 at 3:30PM. Auditions started last month and will end this Saturday, April 8.

Meanwhile, “The Voice Kids” alumnus Kyle Echarri makes his hosting debut as the MYX Celebrity VJ of the month. Catch the Filipino-American singer on “POP MYX” until April 8, “PINOY MYX” on April 9 to 15, “MELLOW MYX” on April 16 to 22, and “MY MYX” on April 23 to 30.

The monthly dose of special features from both local and foreign artists continues in “MYX PRESENTS!” Be treated to live performances and behind-the-scene footages of American band “The Tide” on April 6, multi-platinum artist “Josh Groban” on April 13, up and coming group “Slot Machine & Dean” on April 20, and Pinoy alternative rock band “Mayonnaise” on April 27.

Catch MYX, the country’s number one music channel, on Skycable channel 23. For more information on MYX programming and the MYX VJ Search, log on to www.myxph.com.