A Different View On Love, Life, and Second Chances In “First Love”

Roman poet Horace popularized the philosophical phrase carpe diem which means “seize the day.” This is similar to YOLO, “you only live once,” of today’s younger generation.

Seize the day. This is the core message of the Aga Muchlach-Bea Alonzo starrer “First Love,” directed by Paul Soriano and produced by TEN17, ABS-CBN Films Star Cinema, and VIVA Films.

First Love inspires everyone to live each moment in our lives even in those darkest moments.

Everything in the life of businessman Nick (Aga Muhlach) is well-thought of and calculated until he crosses paths with the impulsive and optimistic photographer Ali (Bea Alonzo). Both spending their lives now overseas, Nick is trying to find closure from his past mistake, while Ali is hopeful that a new life is ahead of her despite her congenital heart disease and the agony of waiting for a donor for a heart transplant.

As Ali challenges Nick to seize every moment in his life before it is too late, Nick takes a risk by giving Ali another chance at life, even if it may cost someone else’s life and potentially end their blossoming romance.

On the other hand, Muhlach talked about giving love despite all the pains in life “Just love, don’t be pessimistic, don’t doubt–just love. If at some point you get hurt, just hurt, it’s okay, that’s normal. Acknowledge that you are hurt then heal. If you do not acknowledge the hurt, healing will never begin,” he said.

Also part of the film are Edward Barber, Albie Casiño, and Sandy Andolong. 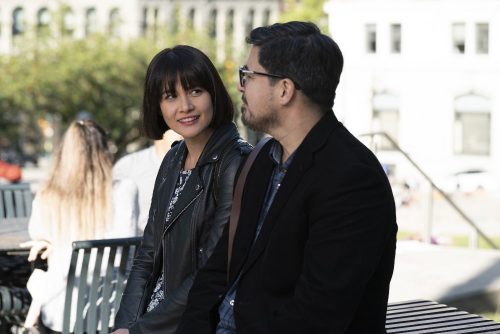 Seize the day with Aga Muhlach and Bea Alonzo, and enjoy the scenic city of Vancouver, Canada. Watch “First Love,” to be screened via TFC at the Movies in the following regions on these dates: October 25 in the Middle East, Brunei, and Papua New Guinea; October 26 in U.S., Canada and Saipan; October 27 and 28 in West London, East London, and Staines, Surrey; October 27 in Frankfurt, Germany, Dublin and Cork in Ireland, Vienna, Austria, Paris, France and Copenhagen, Denmark; October 28 in Jylland, Denmark, Galway and Newbridge in Ireland, Machester, U.K., Milan, Italy, Kristansand, Norway and Malta; November 1 in Australia and New Zealand; November 3 in Stavanger, Norway; November 3 and 4 in Thailand; and November 4 in Rome, Florence, Bologna, Messina, Torino, and Padova in Italy, Athens, Greece, Oslo and Bergen in Norway, Espoo, Finland, Stockholm, Sweden, and Madrid, Spain.

For the cinema list in your region, visit usa.mytfc.com/firstlove, emea.kapamilya.com or the applicable TFC Facebook pages for your area.