A bolder and sexier Erich Gonzales is set to portray three women whose lives are fused by love but destroyed by fate in ABS-CBN’s newest series “The Blood Sisters,” which can be seen in the Philippines via ABS-CBN channel 2, and outside the country via The Filipino Channel (TFC), with its pilot episode streaming simulcast its local airing via TFC online (www.TFC.tv) on February 12, in key countries worldwide.

Gonzales triples the thrill by playing the role of Erika, Carrie, and Agatha – triplets who were carried by a surrogate mother and got separated after an agreement their parents made fell through. The story revolves around Erika, a dancer in a bar who uses her enthralling beauty to mesmerize men. However, behind the sultry moves lies a doting mother who strives to save her son’s life from a chronic illness.

As an entertainer, she is able to make ends meet and provide for her son’s hospital bills. However, the comfort her job gives comes with a great price she witnesses a gruesome murder in the bar, and the suspects will try to chase her down to silence her.

With her life at risk, Erika will do everything to escape death and live for her son. But moments away from getting caught, she discovers a life-changing revelation she has a twin named Carrie mistaken by the criminals as her, giving her another chance at life.

With the loss of her sister, Erika gets to experience the fabulous life of Carrie. 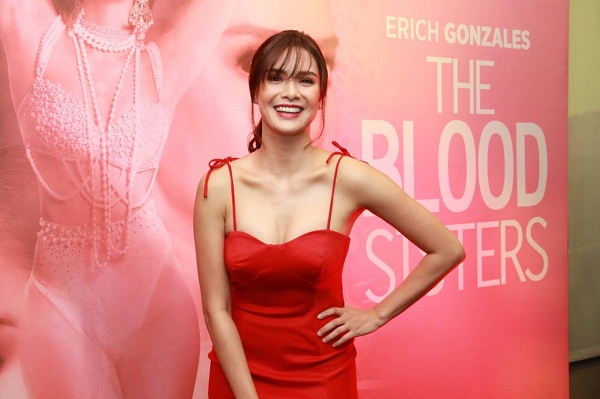 However, she soon finds out that aside from Carrie, she has another twin, Agatha, who will help her discover the truth behind their secret lives.

Their journey in finding out the truth will not be easy, as danger comes their way and will force them to make choices that will put their loved ones at risk.

Will the triplets be able to find answers to their questions? Will their reunion cause peace or chaos in their lives?

Don’t miss the thrilling story of Erika, Carrie, and Agatha in “The Blood Sisters” that will be seen outside the country via TFC. The pilot episode is streaming simulcast its local airing via TFC online (www.TFC.tv) on February 12 at 5:45 p.m. (Manila time), in key countries worldwide. Catch-up episodes will be available via TFC online (www.TFC.tv) and TFC IPTV, in key countries worldwide.