Last August 5, 2018 global athletic footwear and lifestyle brand Skechers held its inaugural Skechers Performance Run at SM by the BAY, Mall of Asia Complex. Headlined by its ambassador, celebrity athlete Gerald Anderson, the first in the country event highlighted the brand’s slogan to “Go Like Never Before” and its mission to make a fit and active lifestyle more accessible and enjoyable for more people.

The Skechers Performance Run’s 5k, 10k, and 21k run distances attracted both beginners and seasoned runners where all categories and 3000+ racekits were sold out weeks ahead of the event.

Excitement was palpable during run day where as early as 2am, some runners were already warming up at the race grounds. At the end of the event, 3 champions emerged with impressive times; Joseph Mururi bested the 21k category with a chip time of 01:15:13, Edward Macalalad lead the 10k category in 37mins and 9 seconds, while Joseph Odhuno finished first in the 5k category with 19 mins and 19 seconds.

After completing the race, participants enjoyed a cool down session, several interactive booths and installations, exciting activities, and fabulous prizes from Skechers and its partners. The competitive and curious ones went for the Skechers Performance Treadmill Challenge where they ran their farthest distance in 30 seconds wearing the brands new Flight Gen running collection. A special treat was given to all Skechers wearers at the event where they got a pick a premium prize ranging from Skechers Performance headbands, cooling towels, sunglasses, and more. The raffle items kept everyone excited until the very end with items like Skechers shoes, Atmosfit watches, Anytime Fitness one-year memberships, up for grabs! 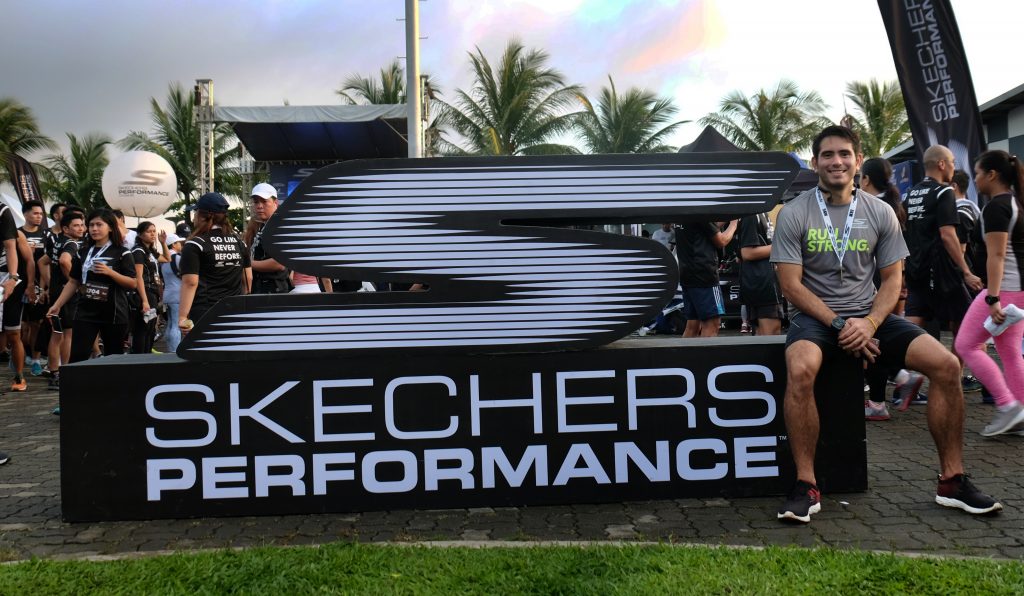 In tandem with the first run event, Skechers Performance has just released its newest and most advanced running shoe collection to date which received rave reviews from runners who have already gotten and ran in their new pairs, as well as those who tried them on at the Skechers Performance booth that day.

With a collection of shoes to suit all types of runners, Skechers Performance introduces its latest line of outfitted with all-new Flight Gen midsole technology.

All the latest renditions of Skechers Performance’s flagship running silhouettes, the GO RUN 6, GO RUN FORZA 3, and the GO RUN RIDE 7 feature Flight Gen and the brand’s signature Midfoot strike technology, which promotes efficiency in each stride, to deliver speed and comfort to wearers.

Favored by elite marathoners, the Forza is a lightweight and responsive stability shoe designed with a full rubber outsole and triple density midsole for a stable, smooth transition with durability and traction. The Go Run Forza 3 offers added support for active stability ideal for long distance running. “It’s all you want in a performance shoe and more,” says fitness influencer George Irineu on his newest Go Run Forza 3.

Lastbut not the least, you can also try the Go Run Ride 7, your go-to well-cushioned neutral shoe. It features the ultra-lightweight Flight Gen cushioned midsole for optimal impact protection and response and adurable high-traction outsole. On using his shoes for running and training, volleyball player Rex Intal describes his Go Run Ride 7 and how it’s a great addition to his routine. “As a volleyball player, important sa amin yung core, may planks and then we run. So perfect ‘tong Skechers Go Run. The Flight Gen is really great and I can’t wait to use them in training”, adds Rex.

The Sunday morning of the Skechers Performance Run 2018 was a fun-filled one for all the runners who not only got some exercise in, but also came together as a community, inspiring each other to be fit and to GO LIKE NEVER BEFORE.