HOOQ – the largest Video On Demand service in South East Asia – is proud to announce its first foray into Hollywood Originals with Crackle’s The Oath. Debuting with all 10 episodes on March 8, 2018 in the US, the series will be fully available on HOOQ 24 hours later.

Chief Content Officer of HOOQ, Jennifer Batty said, “This marks a truly significant milestone for HOOQ Originals. While we continue to blaze a trail for homegrown Asian content and talent, we are now proud to strengthen our offering and bring in the best original content that Hollywood has to offer. With established producers of gritty visual stories like Joe Halpin and Curtis “50 Cent” Jackson on the team and not to mention hard hitters like Ryan Kwanten and Sean Bean, we’re confident that we’ve got a winner here. I can’t wait for you all to see it! 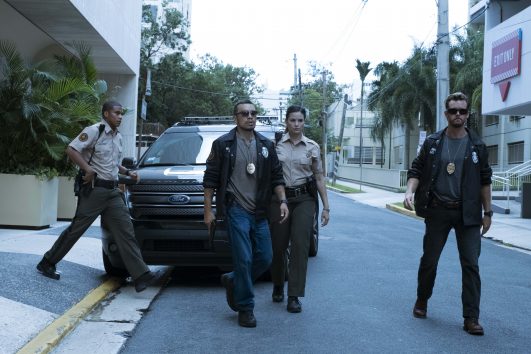 Set in Los Angeles, this hard-hitting crime drama dives deep into a world of gangs made up of those sworn to protect and defend. The Oath chooses to tread where most cop dramas don’t, shedding light on corruption and “police gang” culture by examining secret societies that are nearly impossible to join. Only a select few make the cut but, once inside, members will do what they must to protect each other from enemies not only on the outside but also from within.
Created by Joe Halpin (“Hawaii Five-O”, “Secrets and Lies”), the characters and relationships in The Oath are informed by his first-hand experience working as a Los Angeles County Sheriff’s Department deputy in South Central for 18 years, 12 of which was as an undercover officer.

Chief Executive Officer of HOOQ, Peter Bithos said, “At HOOQ, we have always dedicated ourselves to bringing our subscribers the best that Asia and Hollywood have to offer. With The Oath now joining our family of HOOQ Originals, we’re proud to continue bringing the kind of stories that our customers love and continue to expect from us. This is the first of many to come.”

The New Spider-Man Movie Has an Official Title

Team Orange 26 Feb 2021 0 comments Press Releases
A year into the quarantine and most Filipinos turned to one thing that kept them updated, connected and entertained: the internet. From learning a new recipe to participating in “new…

Team Orange 25 Feb 2021 0 comments Arts & Cratfs
Culture enthusiasts from all over the metro enjoyed a weekend filled with beautiful art, antiques, and home décor, along with other exciting activities during the “Flea Market at Palacio de…