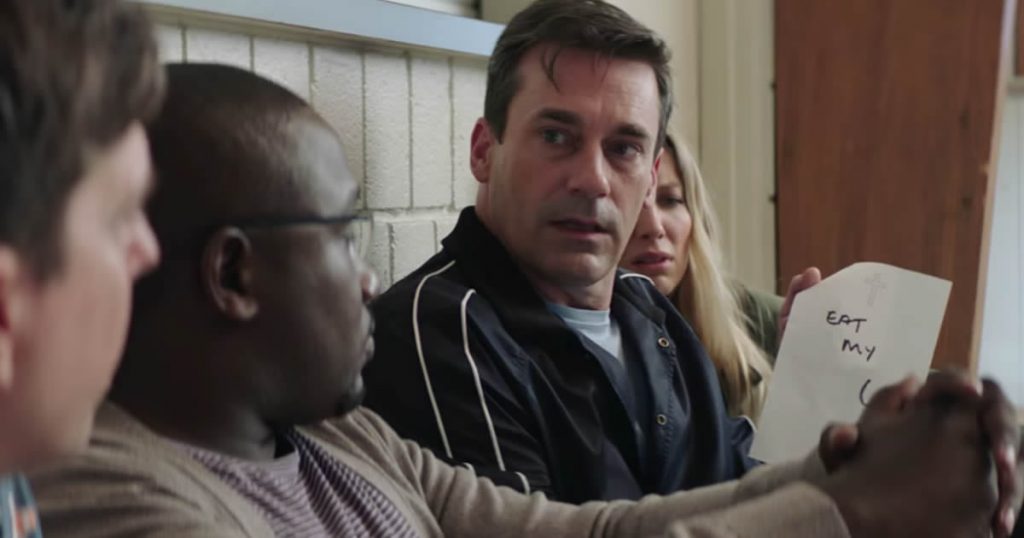 In the film, five guys—despite age, geography, and adult circumstances like jobs, illness, marriage and children—manage to keep playing tag. For the entire month of May every year, no matter what is on their plate, they revert to the antics that consumed them in grade school, when they first started chasing each other on the playground. Against all odds, they keep in touch. Letting themselves have fun and be childlike together, even if only once a year, actually makes them better friends and more responsible adults.

“I love playing a congenial doofus, which has been made abundantly clear in my comedy career,” says Jon Hamm with a laugh as he explains his attraction to “Tag.” But what I really like about `Tag’ is that it’s based on a true story about a group of friends who genuinely love being in each other’s life. I have a very close set of friends that I feel the same way about, which inspires me. By playing this silly children’s game, the film’s characters stay in touch with one another. I really connected with that idea.

Hamm’s character, Callahan, is a handsome executive at the top of the heap. “He is an alpha male with a big ego—which makes it particularly stinging that he is unable to beat Jerry, the undeafeted player in the game,” says screenwriter Rob McKittrick.

Hamm offers, “I think he was always destined to be that guy—successful professionally, but in his personal life…not so much.”

“Jon brought this suave gravitas to Callahan,” director Jeff Tomsic notes. “He’s the most outwardly put-together one in the group, but his downfall is his vanity. That’s his weakness, and it could cost him in the game.”

Hamm was enthusiastic to “play” along. “Combine a very humorous idea with a well-written script, and I’m in,” says the actor. “It was these absurd, ridiculously entertaining situations where high jinx ensues. Because this is unique to these guys, it makes their friendship unique, and those connections also really ground it. The opportunity to work with a great cast was a bonus and made it even more enjoyable; you have all of this interesting comedic energy,” he concludes.