The 2017 Star Cinema thriller, featuring a group of students in the midst of mystery and series of death, is directed by Topel Lee and is based on the book of the same name by Wattpad writer Josh Argonza and adapted to screen by Carmel Josine Jacomille, RJ Panahon, Justine Reyes de Jesus, Kenneth Lim Dagatan, and John Paul Abeller. 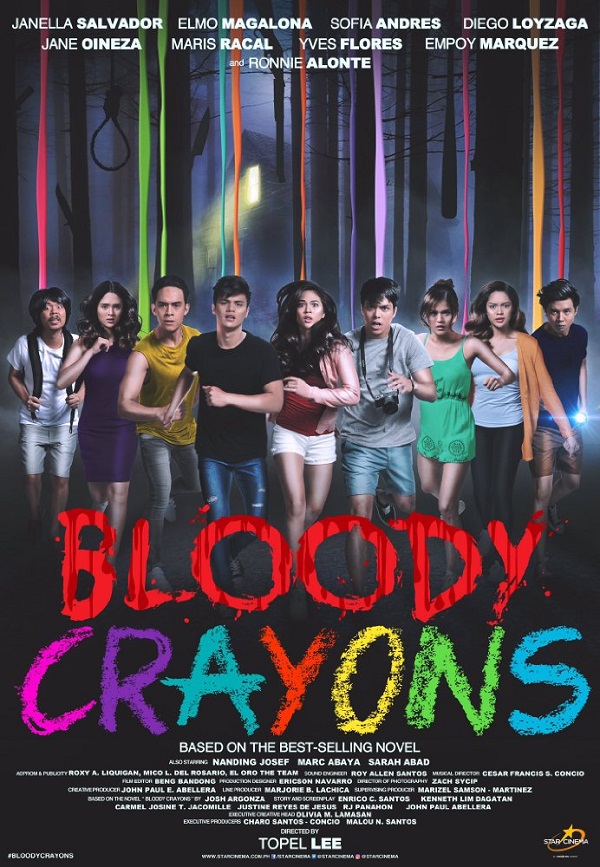 A storm suddenly brews at the island and the students are forced to stay indoors. Bored, the group decides to play “Bloody Crayons,” a form of “truth or dare” with a twist. Secrets are revealed and a huge tension builds among the group. Because of the rules of the game, one of the players drinks a cup full of a concoction that others have mixed, shockingly spasms, and eventually dies.

With this unexpected turn, the group suddenly become wary of each other. Is there a killer among them? Will they get off the island in time to save themselves?

Ace Antipolo of Movie for Millennials described “Bloody Crayons” as a great thriller. He said, “it’s fun, suspenseful, thrilling, exciting, and a surprising treat that will promise you a good time in the cinema.”

Find out who the killer is in brain-shaking “Bloody Crayons” this Sunday (February 18), 8pm on Cinema One. Cinema One is available on SKYcable and Destiny Cable Digital Channel 56, and Destiny Analog Ch. 37.