Myx TV, the leading English-language Asian American entertainment network, scored a milestone this January. Netflix has ordered two seasons of the show, “Eat Your Words”, Myx TV’s food competition show that challenges participants to recreate dishes that they didn’t enjoy at a given restaurant.

“We’re very proud of this accomplishment,” said Myx TV General Manager Miguel Santos.  “Myx TV has been producing reality shows of late that are out of the box and out of the ordinary.  We offer a different palette of storytelling, perspective and experience that appeal across the board and I’m glad that Netflix saw something new and special in one of our works.”

“Eat Your Words” turns the table on internet food critics. Host Kara Birkenstock was quoted by Variety: “In the age of social media, anyone who goes to a restaurant thinks they’re food expert, and they’re happy to broadcast their picky opinion over the internet.”

The show then challenges the critics to cook the dish they negatively rated and be subjected to the evaluation of a panel of judges.  If they score high, they get a gift certificate to the participating restaurant; if they score low, they have to apologize to the restaurant they critiqued and, well, “eat their words”. 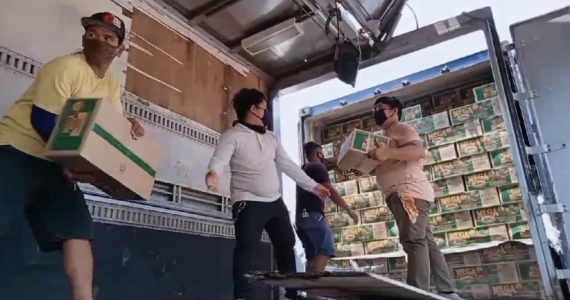 Team Orange 10 Apr 2020 0 comments
ABS-CBN has extended the operations of “Pantawid ng Pag-ibig” to Bulacan, Cavite, Laguna, and Rizal as it continues bring help to Filipinos who are unable to make a living and…

hayu’s hilarious moments that define ‘Keeping Up With the Kardashians’

Team Orange 10 Apr 2020 0 comments Press Releases
The Kardashians have taken over reality TV for over a decade with their renowned series, Keeping Up With the Kardashians. Since their first ever episode in 2007, the drama has…