OPM hitmaker Ogie Alcasid marks his 30th anniversary in the industry with one of the biggest musical events this year —his concert dubbed “OA: Ogie Alcasid 30th Anniversary with the ABS-CBN Philharmonic Orchestra”— happening on August 24 (Friday) at the Araneta Coliseum. 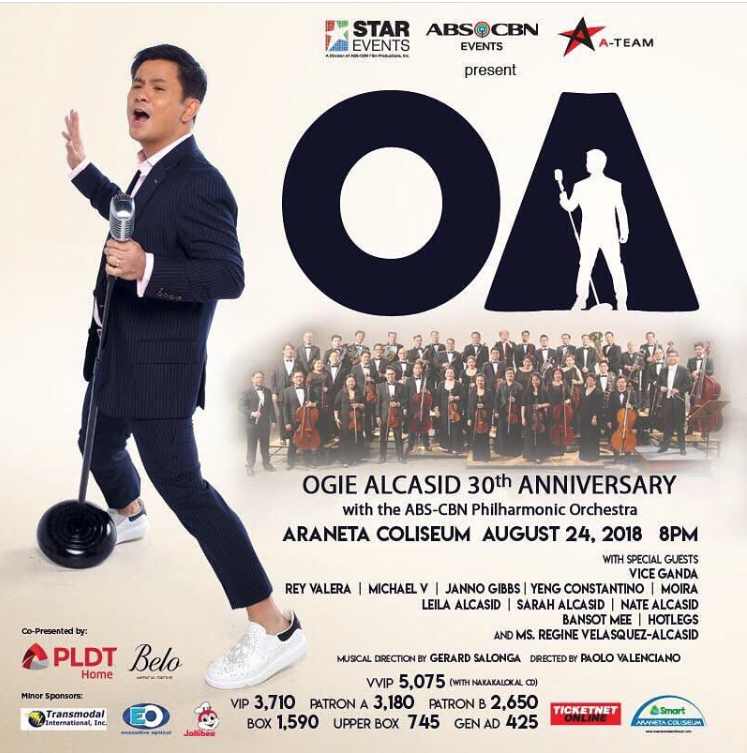 “We will have a big fiesta atmosphere during the opening number, with 80 to 100 people [performing] on stage,” shared the ultimate singer-songwriter. “We wanted to celebrate everything that’s Filipino.”

Ogie is all set to give an all-out performance as he sings to the music to be played by no less than the ABS-CBN Philharmonic Orchestra, the ensemble he first collaborated with in 2017 for his OPM tribute album “Nakakalokal.”

It will be directed by Paolo Valenciano, under the music direction of the ABS-CBN Philharmonic Orchestra conductor and musical director Gerard Salonga.

Ogie first entered the industry in 1988 and became an official hitmaker with his first, self-titled album reaching gold status and his debut single “Nandito Ako” turning out as one of the biggest hits a year later.

The “OA” concert is staged by Star Events, ABS-CBN Events, and the A-Team. It is co-presented by PLDT Home and Belo Medical Group together with minor sponsors Transmodal International Inc., EO Executive Optical, and Jollibee.