This June, Red Bull’s signature basketball tournament makes its return to the Philippines! Red Bull Reign is about scoring. A high-endurance, offense-driven 3×3 basketball tournament that invites the world’s top ballers to battle it out for the chance to compete at the World Finals in Washington, DC, USA. Red Bull Reign is the only open international 3×3 basketball in the world. The rules are simple: the team that scores the most overall points in each round will advance until only one team remains. 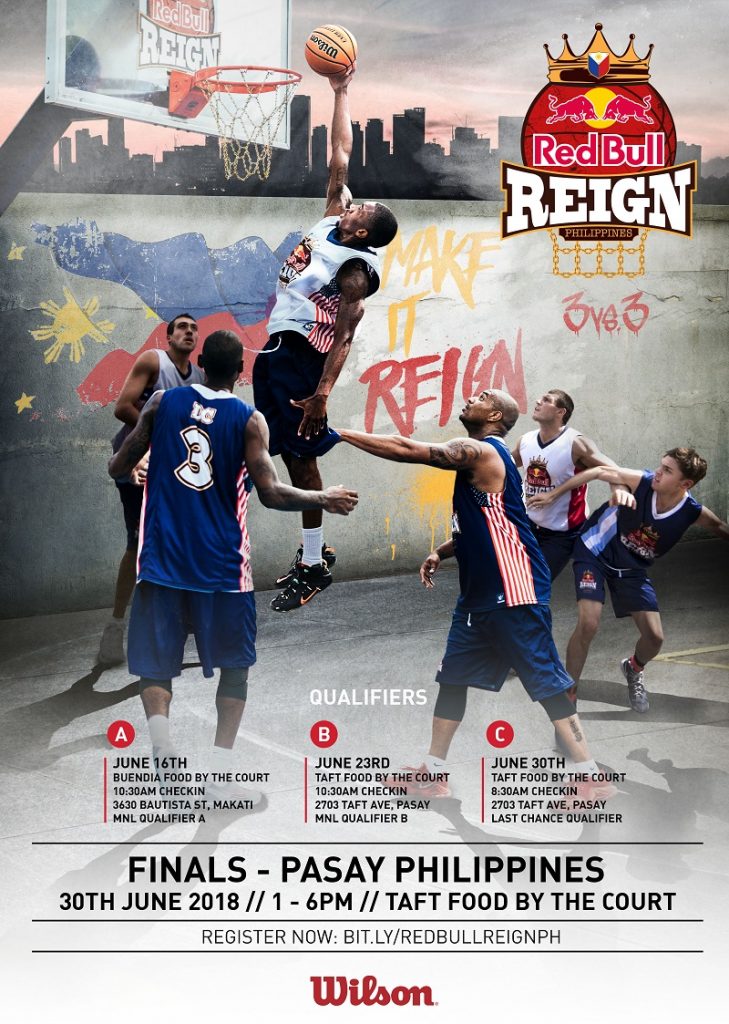 Red Bull Reign made its official debut in the Philippines last year. Eight teams squared off during the Philippine Finals at the Nagtahan Bridge Court, Pasig River, in Manila, on Saturday, May 27th, 2017. A series of exciting, back-to-back round-robin matches took place that afternoon and showcased various styles on the street court. Qualifying teams included Team Santa Rosa, the Bull Squad, Balandra Squad, and G3 Apparel, which consisted of Eric Tai and previous Red Bull King of the Rock Philippine Representative, Willie Miller.

The Bull Squad took home the victory after defeating Team Santa Rosa in the finals with a score of 27 to 20. The team consisted of Filipino-Canadian PBA hopefuls, Clay Crellin and Glenn Gravengard, Kitt Paolo Balmori, and Team Captain, Obinna Ezeike. The win enabled them to represent the Philippines at the World Finals in Washington DC, USA.

“We were hungry”, said Gravengard. “We wanted it more.”

In addition, the tournament proved to be a success with the local barangay who had hosted the first-annual Red Bull Reign. Pre-event activities included a group clean-up of the Pasig River as well as the creation of a youth-oriented mural by Red Bull Doodle Art finalists, Manuel “Meow Meow” Liwanag and Rojan Elmo Barcelon.

The up-coming, second annual Red Bull Reign will be under the supervision of tournament director, Vince Hizon, and sports consultant, Al Delos Reyes. It promises to be one of the biggest 3×3 basketball tournaments of the year and a celebration of streetball culture. It is open to players ages 16 and above to submit their teams of three (plus one reserve). Each teams must be 50% Filipino and need to have their passports and the potential to travel to the US!

With four games taking place across several countries this summer, the 2018 Red Bull Reign promises to be the most exciting edition yet!