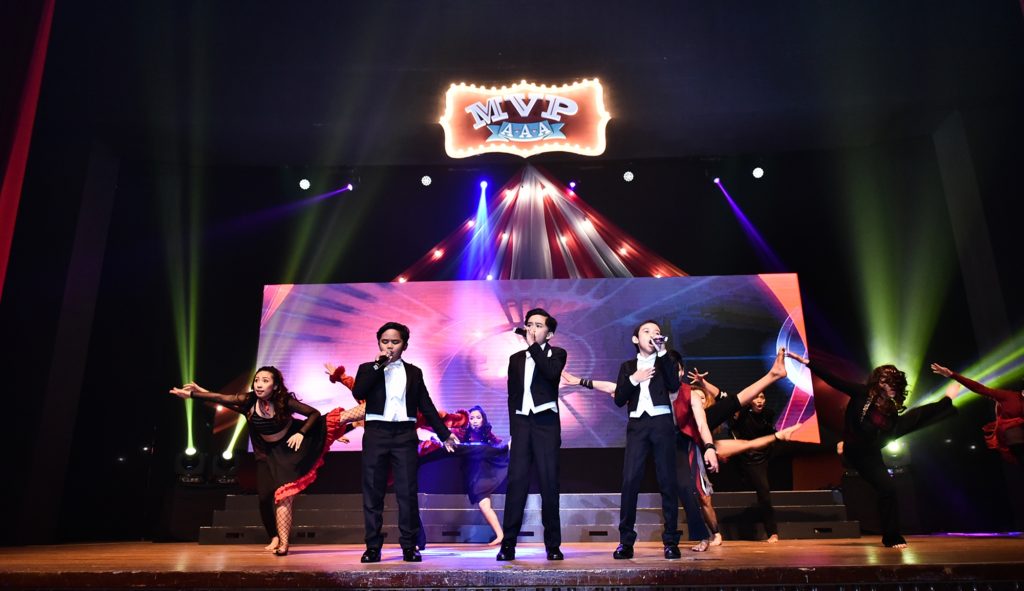 The ‘TNT Boys’ perform during the awarding ceremonies of the 2018 MVP Academic Achievement Awards (MVP AAA) at the Meralco Theater in Pasig City.

The group, which caught the attention of TV audiences in the U.S. when they performed in the hit talent show “Little Big Shots,” serenaded close to 300 awardees of One Meralco Foundation’s annual recognition program, which rewards the academic achievement of children and siblings of qualified employees of Meralco and its subsidiaries.

On its eighth year, the MVP AAA recognized 210 winners and 76 top achievers.

The awardees and their parents cheered as the TNT Boys rendered a back-to-back performance of Angeline Quinto’s “Patuloy ang Pangarap” and Sarah Geronimo’s hit single “Forever’s Not Enough.” 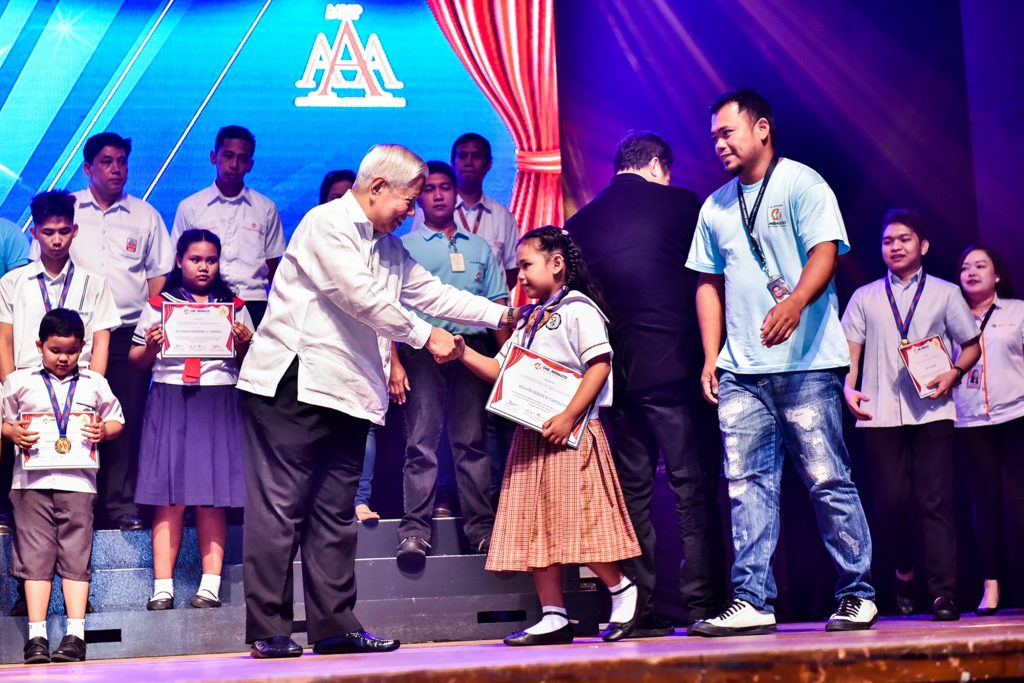 Addressing a primarily young audience, the boys congratulated the MVP AAA winners for doing their best to deserve the recognition. They also shared that despite their very tight work schedule, they still set aside time for their studies in between shows. They are currently home-schooled.

The TNT Boys capped the show with an encore performance of “This is Me,” a theme from the musical film, “The Greatest Showman.”