Global smartphone big-name Vivo celebrated the launch of SM Cybermonth 2018 last August 3 at the Main Atrium of the SM Mall of Asia in Pasay City. As the exclusive smartphone partner of the SM Cybermonth nationwide, Vivo is to take part in the month-long Cybermonth event at all SM malls all over the country which will feature on-ground big discounts and promos on gadgets, gaming activities, and cyber deals. 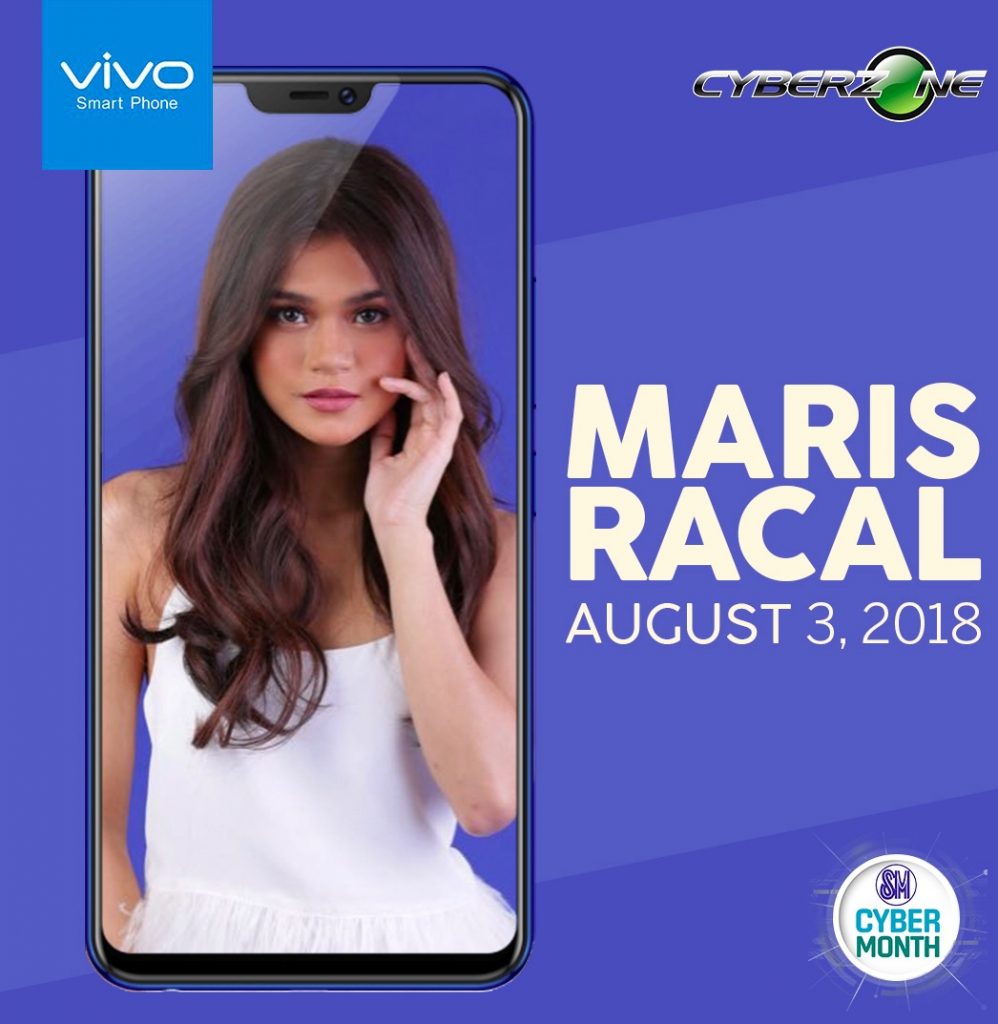 For its very own segment during the event, Vivo hosted a brand talk about the X21 with one of its representatives. Raffle prizes were also given away to the delight of lucky audience members.

The tech-loving crowd was also treated to an appearance and two-song performances, “New Rules” and “Havana,” by Vivo brand endorser Maris Racal who excitedly mentioned that the X21 is the first smartphone in the Philippines to feature a future-forward In-Display Fingerprint Scanning Technology.

The Vivo X21’s unveiling last June wowed the industry with the phone’s state-of-the-art, future forward In-Display fingerprint sensor complemented by other impressive offerings such as an extraordinary 19:9 FullView™ Display which produces a more immersive mobile video-watching and gaming experience, and an AI Face Beauty-enabled camera that boasts of dual pixel sensors which creates vivid pictures whether in low-light or backlight situations. The Vivo X21 also boasts of an all-new AI Game Mode feature which allows the device to intelligently detect once user launches a game and at this instant, transforms the smartphone from a mere phone to a dedicated gaming device.