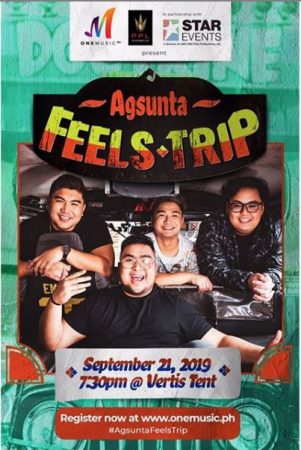 Agsunta promises to bring out the feels of the audience with ‘hugot’ songs and soothing acoustic performances for a unique Kapamilya experience in a show produced by One Music PH and PPL Entertainment, in partnership with Star Events.

“We will be doing a lot of new things in the concert that we even surprised ourselves with the plans,” said vocalist, Jireh Singson, citing the band’s excitement for this milestone, after a brief break early this year.

He added, “What pushed us to return was our fans, #TeamAgsunta, who went to support us in our gigs. . . . They became our inspiration.” 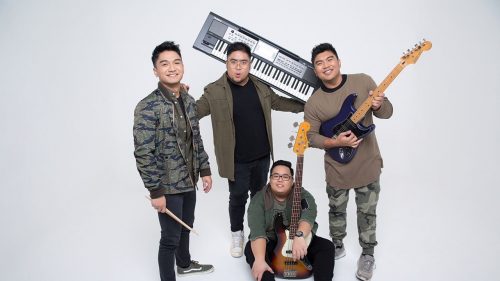 #AgsuntaFeelsTrip is one of the major projects of the group who recently signed with ABS-CBN’s rock/alternative label, DNA Music. In the show, the band is set to perform recent hits “Bagong Umaga,” “Alas Dose,” “Gusto Kong Lumipad,” and many more.

One Music PH is the home of digital concerts, original online content, and socially relevant music events. The music portal is only one of the digital initiatives of ABS-CBN, the Philippines’ leading media and entertainment Company, which is rapidly transitioning into an agile digital company with the biggest online presence among all media companies, and a growing list of digital properties.

Catch Agsunta’s first-ever major show this September 21 (Saturday) at 7:30pm. Get your tickets at ktx.abs-cbn.com. 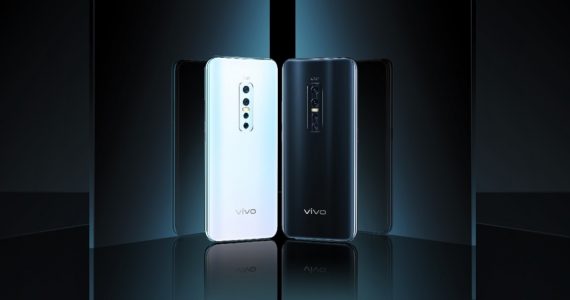