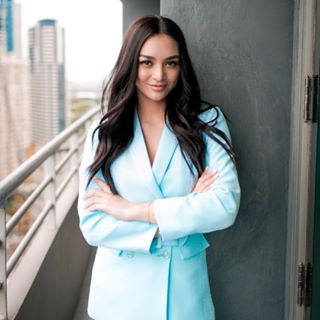 Araneta City will be presenting #IAMEnough, an exhibit to support World Mental Health Awareness Day with no less than Miss International 2016 Kylie Verzosa who is scheduled to cut the ribbon for its opening.

Happening on October 10 at the Gateway Mall Activity area at 10:00 am, the #IAMEnough exhibit opening will also be graced by Dra. Carolina Uno-Rayco, National Executive Director for the Philippine Mental Health Association; and Ms. Diane Romero, the Executive Director of the J. Amado Araneta Foundation (JAAF), the Corporate Social Responsibility arm of the Araneta Group.

Mental Health is an issue that has gained importance over the years, especially in the Philippines. According to the Department of Health, mental illness and mental retardation are ranked 3rd and 4th among the types of disabilities in the country. Young professionals have also become victims of mental health illnesses, as intentional self-harm is the 9th leading cause of death among those aged 20-24 years old.

Kylie, an international pageant title holder, has always advocated for awareness of mental health issues even before her days as a beauty queen. She has publicly admitted she was clinically depressed five years ago, even before she joined the Binibining Pilipinas pageant. She fought on despite this challenge and not only won an international title but also eventually joined show business after her reign.

She has also used her personal experience with mental health illness to launch an online support group entitled Mental Health Matters. It’s a space created by Kylie, her sister, and select people, meant to provide support to people experiencing mental health illnesses. The page also provides information with regards to mental health, as education is the best way to create understanding and empathy towards those who battle with it.

As the recently rebranded Araneta City continues to build an inclusive community, projects like the #IAMEnough exhibit at the Gateway Mall are important additions to the many things the pioneering commercial district offers its visitors, residents, and employees within the City. Aide from the messages from the esteemed guests, the exhibit hopes to bring attention to the reality of mental health illnesses. There will also be a photobooth and merchandise sold for the benefit of PMHA.

This event is presented by Araneta City in partnership with JAAF and the Philippine Mental Health Association.